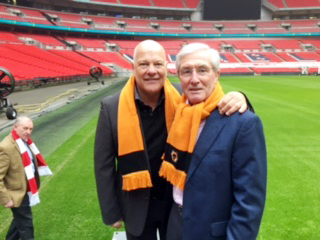 Which end was it that we scored at? Andy Gray and John Richards on a raised Wembley platform…..with Denis Smith in the background.

John Richards sucked in the Wembley atmosphere once more yesterday – and savoured the memories of League Cup finals past.

Wolves Heroes’ co-owner was among the packed crowd as a Football League guest for Manchester United’s thrilling victory over Southampton and was naturally stirred by his recollections of the same stage 43 and 37 years ago.

“This was the first game I had seen at the new Wembley and it is not easy to recognise it as the stadium we played in,” he said. “It has changed so much but it’s a fabulous venue, even if there is a lot of building work going on outside.

“Pam and I were sat in a corner at the end where most of the Wolves fans were at for our wins against Manchester City and Nottingham Forest and we had a great day, being wined and dined in the Great Hall before kick-off.

“As this was the 50th League Cup final to be played at Wembley, the League had invited a representative from each of the winning teams starting in the 1966-67 season. It was lovely to see a few of the players I faced in my career, especially when I realised I wasn’t the oldest there!”

Richards famously rifled in the late goal that sunk star-studded Manchester City and brought the club their first major silverware for 14 years.

He was one of four survivors from that heroic line-up who then overcame warm favourites Forest thanks to a gift goal by Andy Gray, who had accompanied him at a special photo call at the venue several weeks ago.

“I was a bit disappointed there weren’t more players actually there yesterday but we sat next to Martin Chivers and also had Ray Graydon, Denis Smith, Mick Harford, Matt Elliott and Mark Lazarus around us,” Richards added.

“Martin was also in the side the day I won my one England cap and reminded me that his Tottenham team-mate, Pat Jennings, hadn’t been too pleased that he stuck both goals past him in our win against Northern Ireland at Goodison Park.

“I went to a few League Cup finals up to around 2000 when I was on the Football League Board but probably hadn’t seen Martin since the mid-1970s when I last faced him.

“He was rooting for Southampton as he started his career there but we had mixed feelings between hoping for the underdogs to do well and wishing United well on the grounds that our grandson supports them.

“I had a word with Mark Lazarus and he chatted about the brief spell he had with Wolves in the early 1960s (nine senior appearances, three goals). He scored QPR’s winner against Albion in 1967 in the first League Cup final played at Wembley and looks well at 78.” 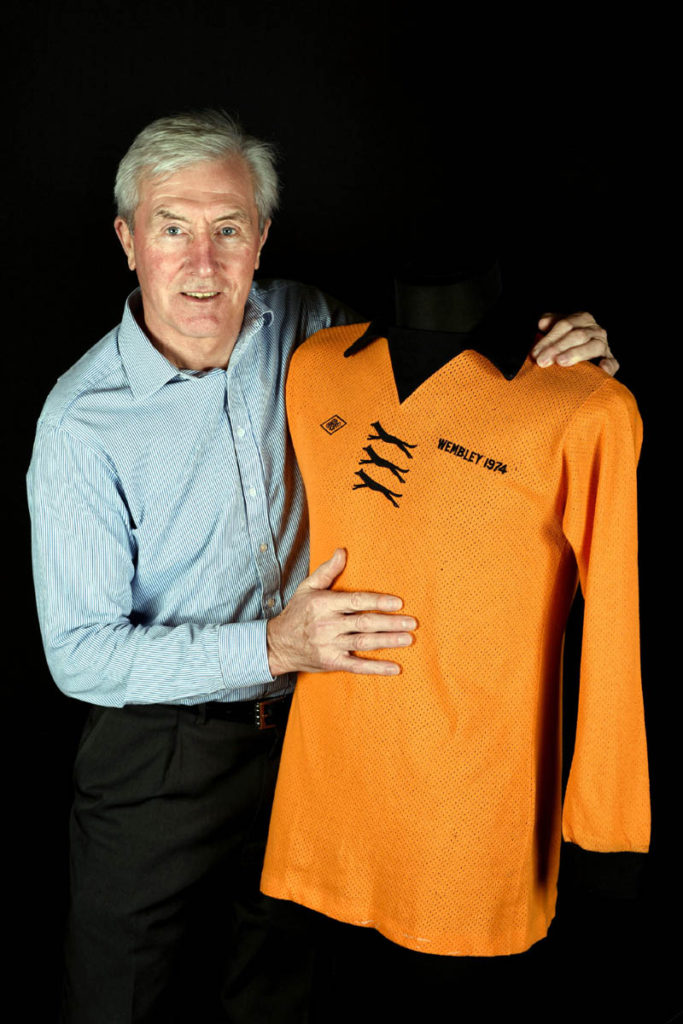 Ray Graydon, well known in these parts after his successful time as Walsall’s manager, hit the only goal of the Aston Villa v Norwich final in 1975 and Chivers netted twice when Spurs overcame a Third Division Villa in 1971.