Another ‘Curse Of The Old Boys’ Case 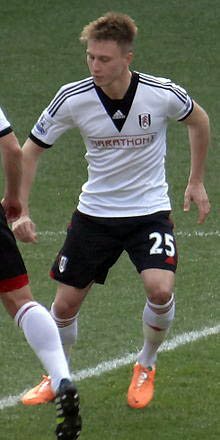 Cauley Woodrow – the striker who has now hurt Wolves with Fulham and Burton.

Monday, February 6: Some further reflections on Wolves’ surprise defeat at Burton on Saturday……it wasn’t all about impressive goal-scoring loanee Michael Kightly, who spoke with good grace afterwards about the role he played in turning round a game which appeared to be going the way of his former employers. The identity of the late match-winner, Cauley Woodrow, was also highly significant – he is the son of 1970s Molineux hopeful Martin Patching.

Wednesday, February 8: Interesting to see that Kevin Keen has survived the Big Sam takeover of team matters at Crystal Palace – for now at least. The former Wolves midfielder, who had a shortish spell as Colchester boss last season, was in place at Selhurst Park in Alan Pardew’s backroom team and the match-day TV cameras are currently reminding us that he has been retained, although he has not worked with Allardyce before.

Tuesday, February 14: Received an email while sitting in the press box at Wolves v Wigan tonight from Brian Owen – but not the former Wanderers coach and defender whose life story I have just started reading. This namesake is a reporter on The Argus in Brighton who was interested to learn that we had caught up some years ago with Bertie Lutton, whose playing career after Molineux included a stint at the Goldstone Ground. We have helped connect the paper with their target, who regular readers will know has lived in Australia for several decades.

Thursday, February 16: What a relief to see the magnificent Billy Wright statue fully repaired and back to good health after being damaged recently by a motorist who lost control of a vehicle.

Saturday, February 18: Loved being present at Wolves’ FA Cup fifth-round tie against Chelsea this evening, although the side’s bid for a third Premier League scalp ultimately ended in disappointment. The club’s biggest attendance for over three and a half decades generated a wonderful atmosphere and there was nothing to complain about in the performance against the champions-to-be. Nice also to catch up with BBC Radio London’s Steve Froggatt, who was sitting close to his BBC WM counterpart Steve Daley.

Monday, February 20: Keith Curle speaking in a forthright and interesting way as a studio guest on Football On Five made good viewing recently – and it’s pleasing to note the log-jam involving Wolves players-turned-managers at the top of League Two. As well as Curle’s Carlisle, Doncaster are also pushing hard for promotion under Darren Ferguson, whose fellow Molineux midfielder, Paul Cook, again has Portsmouth well among the challengers.

Thursday, February 23: Good luck to Floyd Streete’s son, Remie, in his fight to overcome a fractured leg and rejoin Port Vale’s League One survival fight as soon as possible. The 22-year-old, who started his career at Newcastle and subsequently had a loan spell with Rangers, has impressively been filling the same numbered shirt (four) that his dad is most closely associated with at Molineux. As a team-mate of Des Walker’s son, Tyler, Streete Jnr has this season played 35 first-team games and scored six goals. 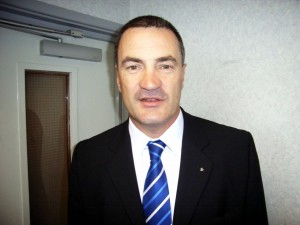 Wednesday, March 1: Have now finished reading issue 53 of the always-outstanding Backpass magazine and noted with interest when digesting a lengthy article on the 1984 FA Cup final that there that there were two men of a strong Wolves connection in either camp – Derek Mountfield and goalscorer Andy Gray with victors Everton and Molineux managers-to-be Graham Taylor and Kenny Jackett with Watford.