How Chung Was Choked On And Off The Pitch

Sammy Chung during his Molineux stay.

Plenty is known about Sammy Chung as a trusted, loyal no 2. Wolves fans also have fond memories of his success here as a promotion-winning manager.

What is much less familiar to us is his time as a frustrated hat-trick star and even as a car-theft victim.

For these more obscure insights, we are grateful to former Molineux player-coach Brian Owen, whose life story we featured at some length on this site nearly three weeks ago.

We always planned to revisit A Man For All Seasons as so much is contained in its pages, such as the occasion when Chung’s heroics were wiped from the record books during Owen’s early time with him as a pro at Watford.

“Sammy scored an unlikely hat-trick for the team, only for the game to be abandoned near the end because thick fog had descended,” Owen wrote. “That meant the achievement counted for nothing and wouldn’t go in the record books.”

In the same few days leading up to Christmas, Bill McGarry’s player-coach suffered misfortune that had nothing to do with match-day goings-on.

“I suddenly caught sight of him in the street, carrying a large quantity of beer which he was obviously stocking up with for the festive season,” the author added.

“He was standing there crying: ‘Where’s my car? Where’s my car?’ It turned out that his vehicle, a Morris Traveller that was his pride and joy, had been stolen.

“Perhaps the thief was among those of us sympathising with Sammy (over his unrecorded hat-trick) because, shortly after the game, he got a telephone call, telling him where his car was. 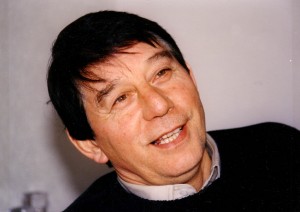 And a more up-to-date image…..

“Sammy went and picked it up and was happy again.”

There is one more strand to the story, although we regret disclosing that it doesn’t involve details of further scoring exploits by a man now aged 84 and living in the West Country.

Back to Bran Owen: “Funnily enough, Sammy later sold me that same car. The Morris Traveller, complete with the famous wooden trim, was the first vehicle I owned.”