Tuesday, April 4: Much happier times at Molineux again after Nouha Dicko’s goal against Nottingham Forest tonight gave Wolves a fifth consecutive victory….not long after the side lost six matches in a row. It’s all one thing or the other at present. Paul Lambert and his staff certainly looked chuffed at the end. 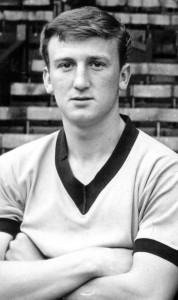 Tuesday, April 11: Was delighted to reconnect a 1960s Wolves forward with one of his long-lost friends after receiving another of the emails we are delighted to see every now and again. This one read: “My name is Neil Chapman. I’m trying to get back in touch with Clive Ford, who was with the Wolves in the sixties, I think he signed in 1962. Back in the late 1960s and the 1970s, we were very good friends, both on the local night club and gambling circuit, and also played non-League football together. I left the West Midlands (Walsall) in 1976 and we lost touch. I would love to ring him, surprise him after all these years and catch up.” Having received the necessary approval from Clive, we duly did the match-making and received this follow-up: “Had a very long chat and catch-up with Clive last night…. it brought everything back! It seemed weird ringing him again and having our first conversation in 40-plus years.”

Monday, April 17: Sent a congratulatory text for the attention of Paul Cook after he led Portsmouth to automatic promotion out of League Two with their victory at Notts County today. So pleased for him because he would have been fully aware that he needed to step up and meet the expectations of those Pompey hordes.

Tuesday, April 18: Had a long-promised coffee with Richard Skirrow and enjoyed a lengthy chat a few weeks on from his retirement as Wolves’ club secretary of some 20 years. It’s a shame in many ways the public didn’t see and hear more from him at Molineux – he has always struck me as speaking so much sense.

Saturday, April 22: Thank goodness for the get-together of 1970s players before kick-off at this afternoon’s game against Blackburn. It was a lovely gathering, enough to enlighten a day that became utterly turgid thanks to the 0-0 draw with relegation-threatened opponents. From another era, Cyrille Regis was present elsewhere in the stadium and was mingling in the players’ lounge afterwards.

Tuesday, April 25: Was flattered to learn that we had been name-checked in the Sunday Independent newspaper in the south-west in an article reminding us that, incredibly, it is ten years today since the passing-away of Alan Ball, one of our ultimate World Cup heroes. The writer of the piece, Don Veale, joined us for a coffee in Portishead when we were publishing Bobby Gould’s autobiography several years ago and quoted 24 Carat Gould when referring to the humorous way in which the former Wolves striker tempted Ball against the odds to sign for Bristol Rovers. 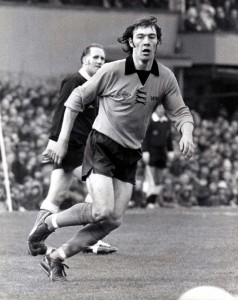 Norman Bell…..missed out on reunion.

Thursday, April 27: Enjoyed a chat by phone with Norman Bell and explained that we had tried hard to invite him to the get-together before the Blackburn game. Unfortunately, he had changed numbers and his new one took a bit of getting hold of. The former Molineux striker has also moved house a few miles along the Ribble Valley and has gone from having a dialling code reflecting last weekend’s opponents to one from the home of next weekend’s Molineux visitors, Preston.

Friday, April 28: Have happily provided some Graham Hawkins pictures, including one we took on a visit to his house, for possible use in an article on him that is apparently going to be used in a League Managers Association publication.