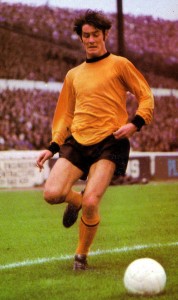 Jim McCalliog in Wolves action at Chelsea, one of his previous clubs.

Jim McCalliog is delving into his rich past to help sufferers of the illness that appears to be affecting more and more former players.

The popular one-time Wolves inside-forward has been summoned for therapy sessions at two of the clubs in the corner of Scotland in which he now lives.

Ayr United and Kilmarnock are both only a few minutes drive from the lovely Langside bed and breakfast establishment he runs with his wife, Debbie, in the town of Fenwick.

And he has recently received the call from both to go and speak informally at the meetings they have hosted for dementia sufferers from the local community.

“It’s lovely just to be able to go along and do something that might be helping,” McCalliog told us.

“We are all becoming more aware of this problem in society and, sadly, there have been too many cases of footballers who have been affected in this way.

“The people who organise these get-togethers tell me that sport and music are two of the subjects most likely to stimulate the mind in a positive way.

“I am always delighted to chat football, so obviously that is no hardship to me. And it is very satisfying to see and hear some good feedback.

“I am happy to talk about today’s game if that’s what they favour but it’s more likely they prefer to hear about big names and big matches from the past, especially if I have an extra insight into them.

“I like my music as well, so that is a handy back-up if they don’t care much for football!” 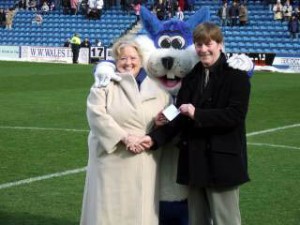 Jimmy singing for his supper on a past visit to Kilmarnock.

Mischievously, while we were on the phone to the ex-Scottish international, we logged on to the Internet, accessed Jimmy Mac and belted it out for him at volume. In a flash, he came back with: “Martha and The Vandellas, 1967 – a couple of years before I signed for Wolves.”

This tale came out when McCalliog rang us to ask for John Richards’ phone number – and we hope to let our readers in on the reason why over the next few months.

He is also due to attend an event with Denis Law in the autumn, so this is by no means the last piece we expect to be posting about him in 2017….the golden anniversary of the release of Jimmy Mac!