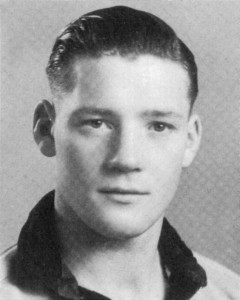 And now there are 30. Thirty members of what is essentially a VIP club at the world-famous Wolverhampton Wanderers.

Hard though it is to believe, enrolment began all of seven years ago with the welcoming of six players to the newly-established hall of fame.

Twenty more followed, in four batches, over the next six years, then a packed and star-studded Hayward Suite turned out to congratulate the latest inductees 36 hours ago.

We salute Jack Brodie, Dennis Westcott, Frank Munro and the only survivor of the highly popular foursome, Andy Thompson.

Also in the room were Betty Swinbourne, Sheila Crook, Shirley and Debbie Broadbent, Maureen Stobart, Jan Thomson and the partners of the late Malcolm Finlayson and Dave Wagstaffe, Angela Field and Val Williams.

McAlle, Richards, Murray, director John Gough, Frank Munro’s son, Grant, Thompson and representatives of the seven attending members of the Westcott family went on stage for the presentation formalities, which were accompanied by video footage.

The inductions have had us setting about making the necessary additions to the Hall of Fame area of this site, so please log on there as soon as possible to see the updated list of chosen men.

And we will continue to inform our readers by detailing those in the next batch, whenever that might be.

In addition, there was the light relief of a ‘friendly foes’ detour, which resulted in Kenny Burns, Tony Brown and Tony Morley taking their turn at the microphone to discuss memories of playing at Molineux and against Wolves.

On behalf of the club, John Hendley took time to ask guests to fondly remember those the Wolves family had said goodbye to since the last dinner some 15 months ago. 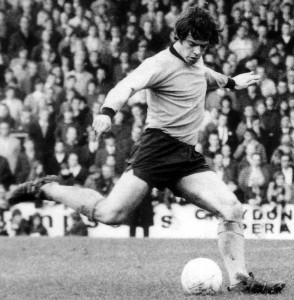 We reported on here of the passing of Pat Neil and were then extremely saddened to hear only this week of the death of former Molineux reserve Doug Devlin, who Charles Bamforth interviewed at length as recently as February.

As ever, we send our deepest condolences to all family and friends.