On The Bench In Malta – And Sadly No Further 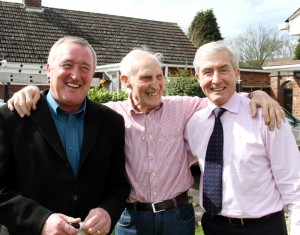 We have made the point several times before that any number of Wolves players might have won a dozen or two more international caps had they surfaced and peaked in another era.

England’s World Cup qualifier away to Malta tomorrow brings to mind the closest Derek Parkin went to being honoured by his country at senior level – he was on the bench when Alf Ramsey’s team won unconvincingly on the sunshine island in a European Championship game in February, 1971.

The Midlands had some legitimate grumbles at the time about being overlooked in favour of what were perceived as more glamorous football regions.

As well as Parkin and his Molineux colleague John Richards, Albion’s Tony Brown was knocking on the door and there was a lobby of support for Coventry keeper Bill Glazier to be given his chance.

But the group three qualifying tie in Valetta came and went without the inclusion of any of them and, on a steamrollered sand-based pitch that Gordon Banks described as the worst he had ever seen, England were utterly uninspiring considering there were 126 places between they and their 128th-placed hosts in the world rankings.

On the same day (February 3) that Derek Dougan played and scored for Northern Ireland across the water in Cyprus, Parkin was on the sidelines in the no 14 shirt alongside the also unused Brown, Ray Clemence and Ralph Coates.

But a look at the line-up, with Bobby Moore suspended by West Ham after the so-called Blackpool Affair, must have made him believe he was in with a genuine shout of accompanying Emlyn Hughes in the full-back department.

The Liverpool legend played at no 3 but the duties on the opposite flank went to Paul Reaney rather than the one-time Huddersfield defender.

Parkin was asked about the perceived bigger-club basis when Clive Corbett was compiling his Those Were The Days book a decade ago and was quoted as saying: “If you got a successful club, you would get three or more from it.

“You would get Reaney, Cooper and Hunter from Leeds and Ball, Royle and Harvey from Everton. The team picked itself really.” 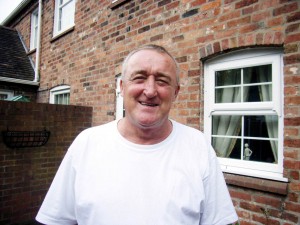 Is that an England top? Sadly not.

The Wednesday afternoon game marked Roy McFarland’s first cap and Reaney’s last, with Royle and Martin Chivers joining Harvey and Royle as debutants. Another first on the occasion of England’s 450th match was Alan Mullery’s naming as captain.

Harvey was included at short notice after Geoff Hurst fell ill but it was Martin Peters who scored the only goal shortly before half-time.

Parkin won five England under-23 caps but never went as close to playing for the full side as that winter’s day in Malta.