An Emotional Walk Down Memory Lane 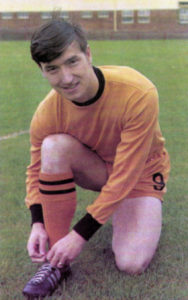 Hugh McImoyle is relishing his first visit to Molineux for decades when Wolves face another of his former clubs tonight.

The 1960s forward is a guest of the club at the Sky Bet Championship game against Bristol City and is due to be introduced to the crowd at half-time.

And he said before leaving his home west of Carlisle this morning: “I can’t recall exactly when I was last there. My memory isn’t as good these days!

“I have been told to expect the ground to be very different to the one I remember playing at, though, and am looking forward greatly to being there again.

“I can’t recall whether I have seen it since it was redeveloped in the 1990s but I am lucky enough to receive occasional invitations from my old clubs to matches and still watch Carlisle regularly, although only at home.”

McIlmoyle, now 77, was one of the first new arrivals in Wolves’ first team after the departure of Stan Cullis. He was signed for £30,000 from Rotherham in October, 1964.

His time at the club, especially in the early months, was curious. He failed to score in his opening eight matches in gold and black, all in the no 10 shirt, but switched to the centre-forward position and quickly clicked.

He went on to net 14 times in a struggling relegation-bound side in what remained of the season, the high spot being his hat-trick in an FA Cup fifth-round second replay against Villa at Albion in the snow. He followed up with a brace in a losing cause at home to Manchester United in front of 53,000 in round six.

The Scot’s tally of 45 goals in 105 Wanderers appearances was impressive in keeping with his prolific ten-club career, although his stay at Ashton Gate in 1967 was brief.

He still found the target fairly regularly in his 20-plus games but said: “There was a change of manager (Fred Ford being replaced by Alan Dicks) and I was gone in a few months.

“As a result, I don’t have the same memories from there as I do from when I was at Wolves or somewhere like Middlesbrough. And my time at Leicester was important as I basically started there and played in an FA Cup final for them.” 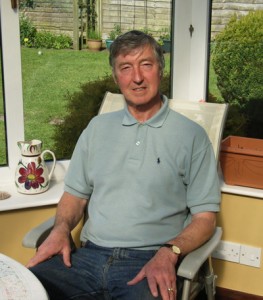 Very much at home in the border country…..

All that said, there is no doubt that Keith Curle’s Carlisle, who have their own West Midlands date tonight at Coventry, are the main focus of Hugh’s attention these days.

He is a regular visitor to Brunton Park, where he has a statue in his honour, and watched Wolves’ 2-2 draw there in their record-breaking 2013-14 League One title-winning season.

Now might be a good chance to revisit the extended https://www.wolvesheroes.com/2008/08/01/feature-1/ interview we published after visiting the lovely McIlmoyle residence early in our time in cyberspace.