Midfielder’s Pride At TV Stardom Of His Nephew 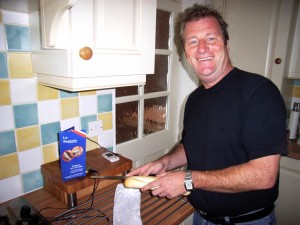 Micky Holmes – pictured by Wolves Heroes approaching a decade ago.

Micky Holmes is looking forward to pulling up his favourite chair next week and savouring his family’s latest assault on the drama industry.

The prolific 1980s Wolves midfielder has been thrilled by the emergence of his nephew, Max Vento, in one of the starring roles of the BBC series The A Word that kicks off a second run on Tuesday.

And he is hoping the acting gene is also very much with his own son, Jordan, who is planning an entrance to that particular world after injury put the brakes on his football career.

“It’s amazing how it has all happened, Holmes said this afternoon. “My sister didn’t have Max until she was 43 and, although he is a perfectly normal lad of seven, he plays an autistic boy in the series called Joe Hughes.

“He was chosen from 20,000 youngsters apparently despite not having acted before and it only came about because he went along with his sister to dance academy and was recommended by a woman there.

“Now he has been in the Radio Times and one write-up said he should have received an Oscar, if he was old enough. There are funny lines in it, like the grandfather, Christopher Eccleston, hearing about the autism and saying: ‘Well, he should be all right in a fortnight, then.’

“We’re obviously very proud of Max. I see plenty of him on my trips back to Yorkshire and would have watched some of the filming but we have had a difficult family year in other ways.

“He’s a smashing lad and asks me plenty of questions as he knows I was a professional footballer. Unfortunately, I suspect his dad will encourage him to follow him in becoming a Tottenham supporter!”

The premiere of a series that is filmed in the Lake District comes as Jordan, 27, hopes for his big break after moving to London and employing an agent.

“He is also going to train with Tooting and Mitchum after being out for a couple of years with a cruciate ligament injury,” Mick added.

“He had trials with Bradford, Cambridge and others when he was younger and played as a lad for the England Schools team.

“He had a good job in Birmingham with Yellow Pages before suddenly deciding he wanted to be an actor. It will sound like he has been influenced by what happened to Max but that’s pure coincidence. This all happened at the same time.”

Holmes, approaching the 30th anniversary of the end of his Wolves stay of 104 games and 13 goals, was briefly back in the public eye himself when he played several weeks ago for the club’s All Stars side. 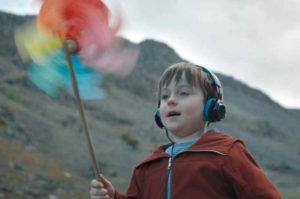 Following a spell in sports teaching, he is now a salesman of stair lifts and was travelling between Malvern and Coventry when we caught up with him today.

His biggest claim to fame is helping fire the big Molineux revival by scoring in seven successive League matches in 1986-87 – a record-breaking sequence that brought him eight goals.