Doddy At The Door 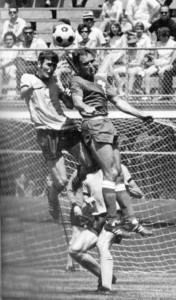 John McAlle in action for Wolves in America during his late teens.

Even among what might be called the surprise disclosures Wolves Heroes has come up with over the years, this one might appear a little ‘left-field’. Ken Dodd used to be John McAlle’s coalman.

We have to confess that this isn’t an exclusive story but fans might need a long memory to realise how and when we were scooped on this tale.

It was in an article in the Wolverhampton Chronicle almost 50 years ago that supporters learned of the connection between the two Liverpool families.

McAlle was 18 and still as much a midfielder as a central defender when he revealed that the top-of-the-bill entertainer, who turned 90 earlier this month, was a frequent visitor to the home in Knotty Ash where he lived for a while with his grandparents.

“Ken Dodd was the family’s coalman,” McAlle says. “I will always remember the days when he used to deliver to our house.

“His brother, Billy, was the main one in the business but Ken used to help him out, lifting and carrying those huge sacks to houses.

“I lived in Knotty Ash for a lot of my childhood and for a time in Penny Lane. We only moved to the nearby district of Huyton after my mum, who had split from my dad, got a council house there.

“One thing I remember is that Ken used to fancy my Auntie Nora. But his looks weren’t his strong point, were they? She wasn’t as interested as he was!”

Dodd, who became Sir Kenneth at the start of this year, had left school at 14 to work with his father on the family round. 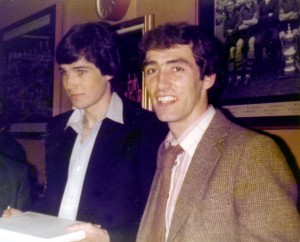 ‘Scouse’ with another famous face from his home city, Alan Hansen.

He subsequently changed tack to pursue what has been a glittering career in show business and McAlle admits he never imagined the coalman with the goofy teeth would become a worldwide star.

“He’s such a funny man,” he added. “Obviously I have followed his career with a special interest through having known him a little bit.

“I never saw him at games when I played for Wolves at the two Merseyside clubs but we did go to see him in a show at the Grand Theatre in Wolverhampton about 20 years ago and he was brilliant.”