Atlantic Crossings Aplenty For Midfielder Who Asked To Opt Out 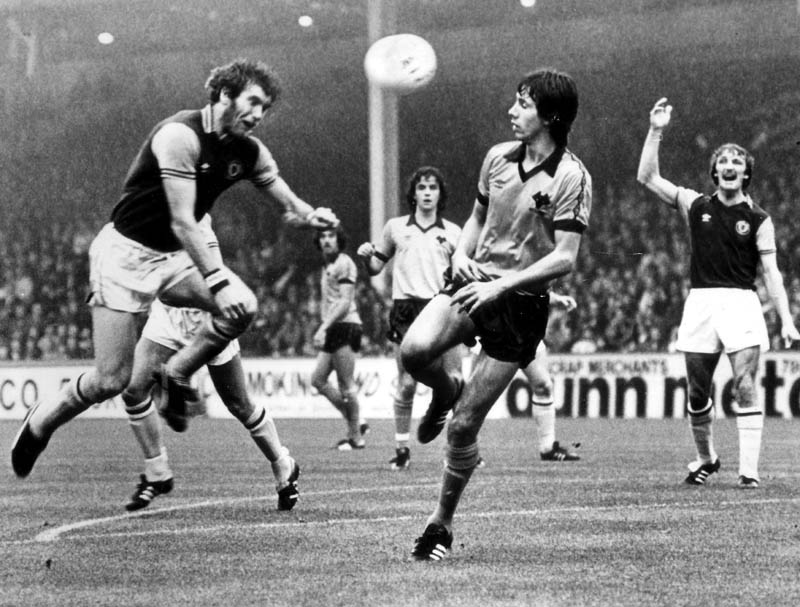 Experienced traveller Hugh Atkinson has revealed how he unsuccessfully asked to be left behind from the first of his many trips to the United States.

Time has moved on sufficiently for the early 1980s midfielder to have retired and moved to Telford since we last chatted to him properly.

And he has regaled us in our catch-up chat with the time he made his only overseas excursion with Wolves’ senior squad – to the close-season friendly against Jacksonville Teamen in May, 1981.

“I remember asking John Barnwell if I could stay behind as we were to be married a couple of weeks later and my fiancée, Jenny, wasn’t too happy at having to do all the last-minute preparation jobs herself,” Atkinson said.

“He said that was out of the question because Willie Carr had just dropped out and he couldn’t afford to be without another midfielder.

“So I flew out with the lads and played in the game, which I have to say I have very few memories of, other than it was hot in Florida at that time of year!

“The irony is that Jenny and I, who were thrilled to be joined by most of the squad when we had our big day in Wednesbury a few days after getting home, have come to love America and continue to go there now whenever we can.”

Indeed, it was a Facebook photo of Hugh on the Canadian side of Niagara Falls that prompted us to seek out what recollections he might have of a trans-Atlantic friendly 36 years ago that Wolves lost 4-1 following a difficult season battling against the threat of relegation.

“I am sure there were a few days of relaxation tagged on but, if I remember right, we played the game pretty soon after arriving there,” he added.

“We had finished our League season a couple of weeks earlier, so I guess we would have eased up a lot on the training and not been at our sharpest. For those who like travelling, it was a great experience – I had previously been to Switzerland and Holland with the youth squad but nowhere further than that.

“On holidays to America since, though, we have seen Los Angeles, New York, Washington and been to Las Vegas four or five times. We absolutely love the place and can’t get enough of it.

“You appreciate it much more when you are paying for yourself. Everything is done for you as players and you can quite easily take it for granted. You are just told to behave and be back on the coach for the airport at the stated time. There isn’t much to think about.” 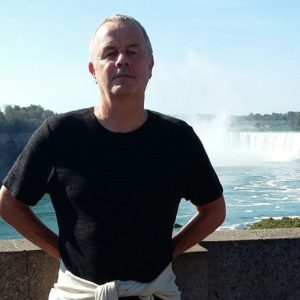 Hugh with the magnificent Niagara Falls as a backcloth late last year.

Twenty eight of the 52 League and cup games Atkinson played in Wolves’ first team came in that 1980-81 campaign, in which he was also close to selection for the FA Cup semi-final against Tottenham.

The Jacksonville trip had an interesting knock-on for Colin Brazier. Very quickly, Barnwell agreed to let him go back to North Florida at the start of a two-summer adventure in the American game.

There is another up-to-date strand to this tale……the Atkinsons met up socially on Saturday night with Bob Coy, who is happily back in work, this time in Madeley, near Telford.