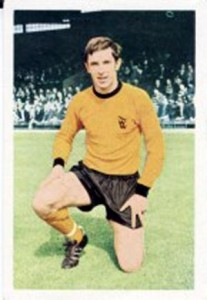 A quick Christmas quiz: What do Gerry O’Hara, Mel Eves, Colin Brazier, Terry Wharton and Gerry Taylor have in common?

Answer: They were all at Molineux to see Wolves beat Ipswich yesterday and extend their lead at the top of the Championship to seven points. More specifically, they all also made their first-team debuts for the club against these same opponents in decades past.

The coincidences don’t end there……all those first sightings came at Molineux, rather than Portman Road, with Wharton setting the pattern by scoring in a mid-November victory in 1961 against a side on their way to winning the League Championship.

Five seasons later, Taylor pulled on the no 2 jersey for the first of 20 successive appearances in Ronnie Allen’s promotion-bound line-up (1966-67) before this particular trend went into overdrive in the second half of the 1970s.

The quirky memory was one of the many talking points as 13 players attended a match-day festive get-together that stretched well beyond yesterday’s final whistle.

John Richards, Phil Parkes, Steve Daley, Geoff Palmer, Willie Carr, Dale Rudge and Phil Nicholls were also in attendance, as was Gerry Farrell, a Lancashire-based businessman we will be writing about in the coming weeks.

Farrell, back in the fold after reintroducing himself to Daley at a dinner earlier this year, was part of one of Wolves’ successful FA Youth Cup teams of almost 50 years ago.

Richard Green, from the Wolves Former Players Association, brought these good friends back together and was relieved that the occasion, while not marked by the current side’s most flowing football of the season, was a much more fulfilling one than when many of the same favourites congregated for the dreadful goalless draw against Blackburn in the spring.

Richards did a little ‘singing for his supper’ by appearing in various Billy Wright Stand corporate rooms before kick-off and talking to guests.

The FPA were also represented by Green and Daley at the recent official opening of the dementia ward reminiscence room at New Cross Hospital. 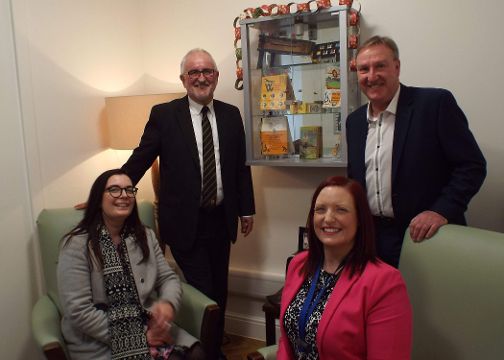 The association donated £2,000 to the project, which is aimed at helping those with memory problems by stimulating Wolves-themed recollections.

Hand in hand with this sizeable contribution, various Wolves favourites have also been busy meeting dementia sufferers in the community.