Loyal Hopeful Who Clicked Across The Patch 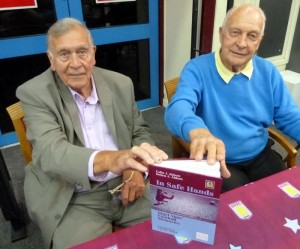 An alternative use for those safe hands……Nigel Sims (left) welcomes Malcolm Finlayson to his 2012 book launch.

Nigel Sims, the one-time Wolves hopeful who grew tired of life in the Molineux shadow of Bert Williams, has died at the age of 86.

The keeper from the Derbyshire-Staffordshire border understudied the England star following his arrival at the club in 1948 and, with Dennis Parsons also pushing for a place, had to be patient for first-team opportunities.

So much so that he appeared only 39 times in Stan Cullis’ senior team in eight years before going on to find fame at Aston Villa.

But his introduction in a Wanderers side approaching post-war greatness was unusual to say the least. His first two matches in place of Williams came on successive days when he was only 17.

Not long before, Wolves had performed heroically at Hillsborough in holding Manchester United to a draw in the 1949 FA Cup semi-final despite finishing with only nine fit players.

And, when they returned to Sheffield to face United on Easter Monday of the same year, special transport was arranged late in the day for Sims and Parsons through a member of the Everall family – providers of Wolves’ team bus – after it emerged Williams wasn’t going to make it.

Sims got the nod, although Cullis kept him guessing until ordering him to put down the programme he was reading and get changed.

The 1-1 draw was followed barely 24 hours later by a 6-0 Wolves home win over the same opponents and that clean sheet helped keep the rookie in place for the visit of Manchester City.

The Cup final against Leicester was the week after that but Bert, probably being protected to allow him maximum recovery in time, was passed fit. “It would have been quite something for me, as such a young deputy, to play at Wembley,” Sims said in an interview with us seven years ago this week.

The young pretender had another unusual summons when named to face Arsenal over Christmas, 1955.

Again, Williams travelled with the team in the expectation of being fit – this time after a shoulder problem picked up in the 3-3 home draw with the Gunners the previous day – but failed a test. Sims was being driven from Wolverhampton by car at the time and arrived at Highbury only 25 minutes before kick-off, nevertheless impressing in a 2-2 draw.

It was Sims’ transfer to Villa in March, 1956 that paved the way for Malcolm Finlayson’s signing here – business that proved to be good all round.

He became a legend in the Second City with approaching 300 appearances and is reported to have once attracted a £60,000 bid from Arsenal before later playing for Peterborough and in Toronto.

Like Finlayson, he missed out on full international honours but played twice for the Football League, one of those outings coming in the company of goalscorer Peter Broadbent. 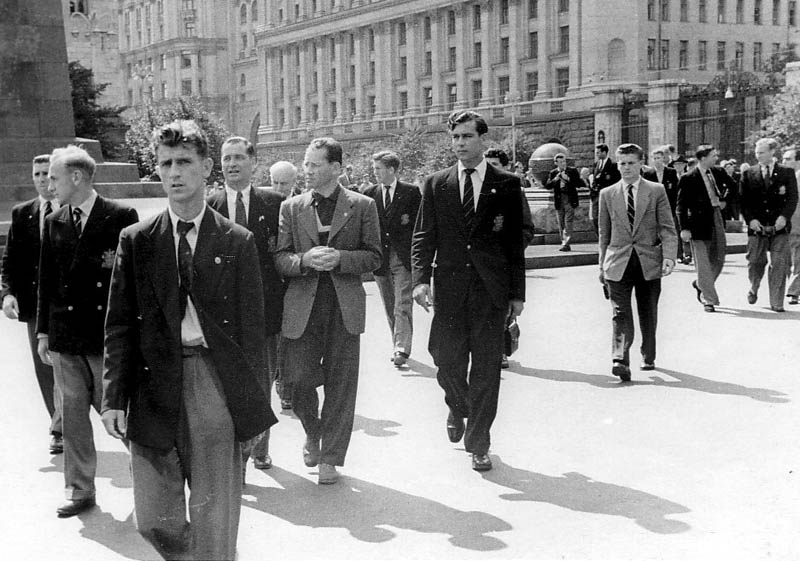 When at Wolves, he also appeared alongside Duncan Edwards and Dennis Viollet after being selected for Young England against England at Highbury in what was then the traditional eve-of-Cup-final fixture.

In the summer of 2012, we attended the Villa Park launch of Sims’ book In Safe Hands – a gathering at which Finlayson and one-time Wolves forward Johnny Walker were present.

He had been living for many years in South Wales.