A Home ‘Match’ To Be Savoured

Life In The Lounge With Some Top Mates 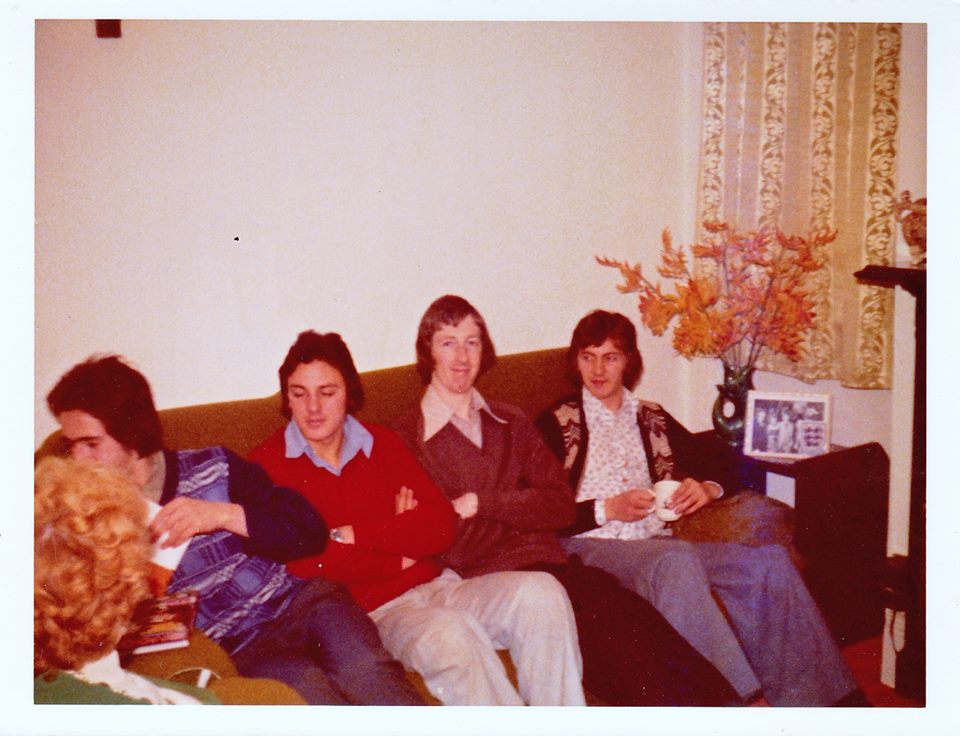 Growing up in the Wolverhampton suburb of Bradmore before going their separate ways.

Can our readers identify any of the youngsters in this photograph? Clue: It dates back virtually 50 years and takes in one Wolves player who made it at first-team level, another who briefly threatened to make it and a third who didn’t reach the senior team.

There is a fourth lad on it of similar age – lifelong fan Tony Eagle, whose name will be familiar to many supporters from his brilliant work as a cartoonist for A Load Of Bull for many years.

Tony sent us the picture and enjoyed pointing out that the characters are (from left) John Black, John Ritson, he himself and Barry Powell.

This is how he introduced the quartet: “John Black was a Scottish winger who was sold to Bradford City, John Ritson played in the reserves, was released and went back to Carlisle, Barry Powell was a League Cup winner who we sold to Coventry and I made the Wolverhampton Sunday League.

“We are sitting on what we called the subs’ bench in the TV lounge at the big Victorian semi in Bradmore that my mother turned into a boarding house for Wolves players,” he said. “You can also see her head on the photo.

“Half the lads who passed through our house disappeared without trace. The other half either played at Wolves or went on to lower League teams.”

Other up-and-coming hopefuls at the premises over many years included Chris Pearce, Ian Arkwright, Kevin Charlton, John Humphrey and Jimmy Kelly after Wolves’ chief scout Joe Gardiner had visited the house to check the rooms were up to standard.

“Suitably impressed, Joe says there’s a new 15-year-old being signed, from Kenilworth,” Tony added when writing in the 1997 book We Are Wolves, edited by Charles Ross.

“I rushed home from school expecting to find a strapping six-footer. Instead, there’s this little lad sipping tea at the back kitchen table and my mother introduces him as Barry Powell. We get on well except for his slightly annoying admiration of George Best and bloody Man United!

“In the September (of 1969), Joe was back. I walked into the kitchen to find a young man, the same age as me, 18. He had just finished his A levels, had a Lancashire accent and sideburns. His name was John Richards.”

Tony decided to check out at Castlecroft the first of what he called were the closest he ever had to brothers and immediately realised through Powell’s outstanding performance that there was more to being a footballer than size.

He had to go to a reserve game at Molineux to see the equally impressive Richards for the first time and fondly remembers how he used to receive tickets for first-team games in return for taking early-morning biscuits and cuppas to the family’s guests.

John Humphrey – in his much more recent years.

“My father died 50 years ago when I was 15,” he said. “It’s ironic given that he was a big Wolves fan that, two years after his death, his old bedroom was occupied by Barry Powell and John Richards.”

Tony, who lost his mother in the early 1990s, is based these days in the Potteries and retains a foothold in the game’s literature by contributing to fanzines at Stoke and Arsenal.

On a further note of irony, he reveals that, after spending so many teenage days at Castlecroft, he now lives two miles from Stoke’s training ground.