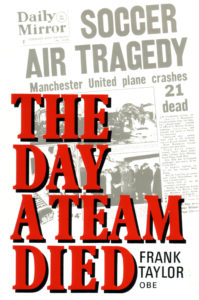 Today is the 60th anniversary of the Munich air crash – and good reason for us to underline once more the close relationship and rivalry there was in the 1950s between Wolves and Manchester United.

It being the sixth of the month, we thought it was appropriate to list six pertinent points here – and then found our research led us to several more noteworthy facts.

We believe the Wolves players of the day would have been pleased to see us emphasising the friendly ties between the clubs, at least some of them dating back to the bond Stan Cullis and Matt Busby established in their playing days and when they trained troops overseas during the war.

*  Almost half a century on, there was still deepness sadness at Molineux at what happened on that slushy runway. Eddie Stuart, speaking on the club’s official dvd over a decade ago, was visibly choked and, in looking back to the fateful day, struggled to get out the words: “We had good friends on that plane.”

*  Wolves’ players were in Blackpool, preparing for a big League game at Old Trafford two days later, when they heard about the tragedy. Several of them were eating in a restaurant near the tower when a reporter dashed in to tell them the dreadful news. Norman Deeley, playing snooker in the Norbreck Hotel, where the team were staying, was grateful to Joe Gardiner for passing on the bombshell. More than one player recalls passengers being in tears on the tram as newspaper billboards confirmed the worst.

*  With the top-of-the-table clash postponed, Stan Cullis and his players were instead at Molineux that Saturday for a Central League fixture against Leeds and insisted on preceding it by lining up for three minutes’ silence on the pitch. Flags were flown at half mast as headline writers described at as Soccer’s Saddest Saturday.

*  But for a twist of fate, Ian Greaves – later to manage Wolves – would have been on the flight. He was told to pack his bag for United’s European Cup tie away to Red Star Belgrade as cover for the injured Roger Byrne but his best mate, Geoff Bent, eventually travelled instead. “Geoff (nor Roger) came back,” Greaves later said. “I now celebrate two birthdays every year; one on the day of the crash. But for the grace of God, it would have been me on that plane.” 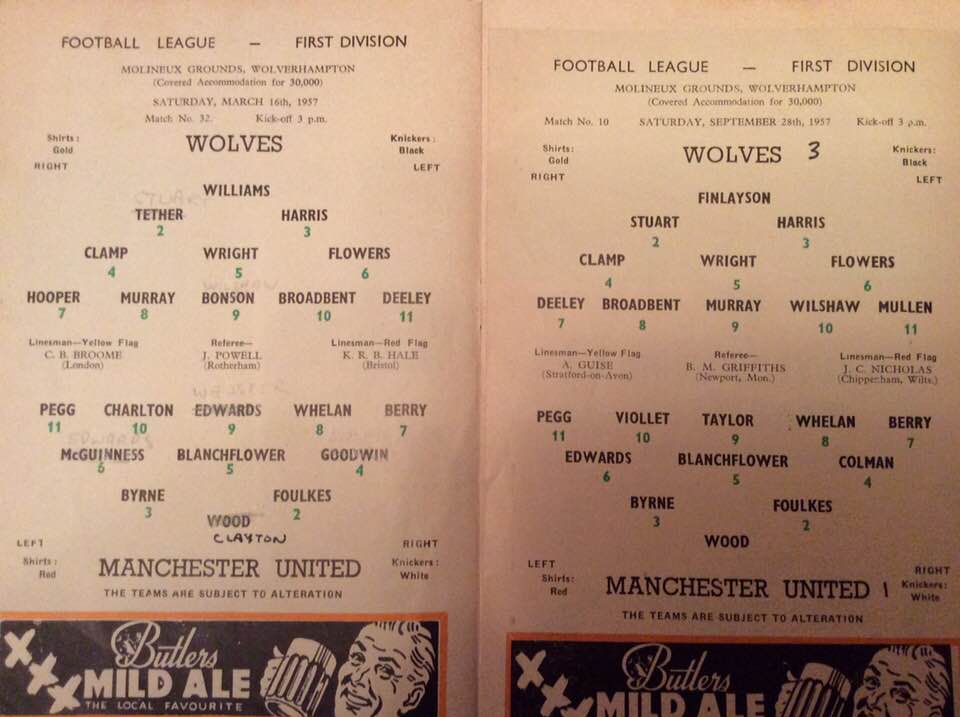 *  United’s survivors found it in them to salute the side who succeeded them as League champions in 1957-58. When Wolves went to Old Trafford for the rearranged fixture in the last week of the season, home players formed a guard of honour near the tunnel to recognise the fact Wolves had secured the title two days earlier. Among the congratulatory telegrams was one from recuperating United boss Matt Busby. Wolves repaid the good-will by winning 4-0! And they remained justifiably adamant that they would have won the League anyway, such was their commanding lead over United even before February 6.

*  Wolves beat United 3-1 at Molineux in September, 1957 and drew 1-1 with them at the ground in March of the same year. Our good friend Les Green, a youth talent spotter for the club for many years, said today: “I had the good fortune to see the Busby Babes on both these occasions plus at Charlton. In my opinion, along with the Spurs double team of 1961 and this season’s Manchester City, they played the game at a different level in this country.”

*  The disaster occurred on the day of Billy Wright’s 34th birthday and was felt by him more than most. With England, he had regularly lined up in that very season alongside three of the most talented of the Munich casualties, Roger Byrne, Tommy Taylor and the incomparable Dudley boy Duncan Edwards. In addition, he had been close pals with former England keeper Frank Swift, one of eight journalists who also perished.

*  Wolves made a trip of their own to Germany in 1958, winning 4-3 in an end-of-season friendly against Stuttgart as part of a five-match European tour. Such were the post-Munich sensitivities that their 23-man party were booked on to two separate planes for several of the flights. 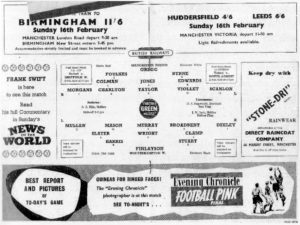 Visualised line-ups in a programme that is seen as a holy grail among collectors.

*  Coincidentally, Wolves also had Blackpool on their minds on the second anniversary of the crash, when they and the Seasiders drew 1-1 at Molineux. Wolves and United have never since faced each other on February 6, although they have met many times in February.

*  The programme for the postponed United-Wolves game was printed with a price of 4d on the front. With the vast majority of copies pulped, the odd few that survive have been known to fetch as much as £7,000 at auction.