In Memory Of Rachael 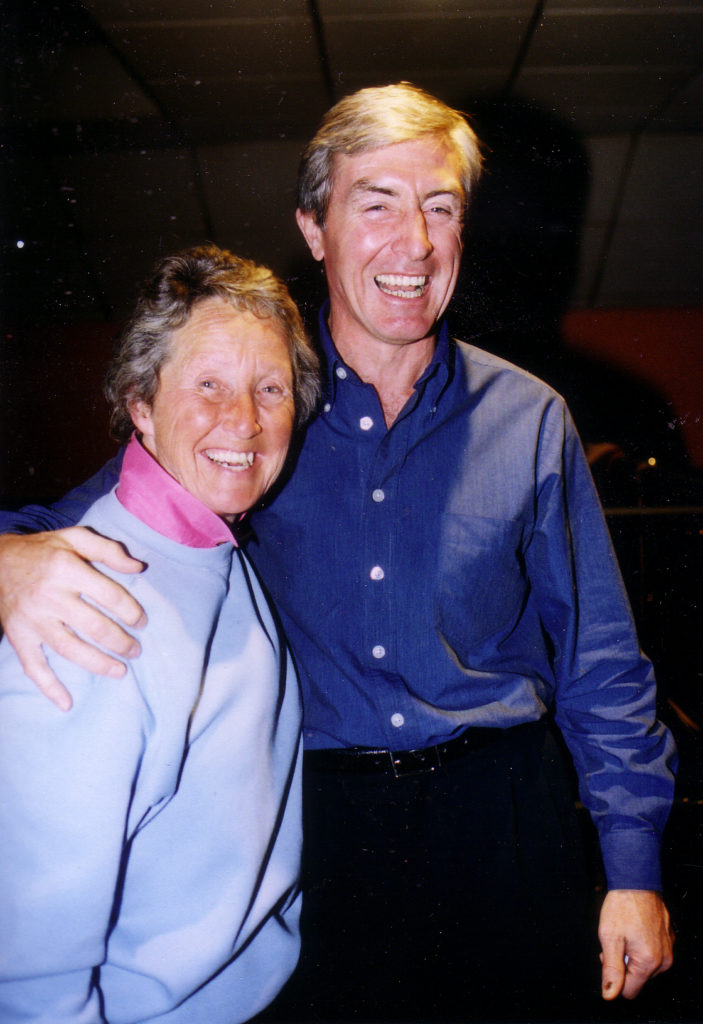 Today marks one significant League Cup anniversary for John Richards and Wolverhampton Wanderers – and we are edging towards another that’s even bigger.

It is 38 years ago tonight since the striker’s two goals in the second leg of the last-four tie against Swindon took the club to their last major cup final.

And the record-breaking Molineux marksman is to spend the date of the club’s other League Cup final triumph, March 2, by speaking at the bastion of England’s main summer sport in memory of his good friend, the Baroness Rachael Heyhoe Flint.

Richards has been invited to share centre stage at the black-tie Lord’s dinner, which is to be hosted by opera singer and Lady Taverners president Lesley Garrett, with Chris Tarrant, ‘Green Goddess’ Diana Moran and former sports commentator Neil Durden-Smith.

Isabelle Duncan and Lord’s Taverners chairman David Collier are the others due to give tributes at the event – sponsored by the Steve Morgan Foundation – celebrating the life of Wolverhampton’s late cricket and hockey heroine.

“It seems strange that the dinner falls on the date we beat Manchester City across London in 1974,” Richards said. “It is obviously imprinted on my mind.

“It is a Friday this year and it will be an honour to be part of an occasion showing just how much Rachael achieved in her life – for herself playing sport and then for others largely through her charity work.

“Wolves fans will be aware that we were fellow directors for a few years and, as someone who used to enjoy playing cricket in my younger years, I will be interested to learn more about her time in that sport.

“At the same time, I am assuming the guests will want to know from me something of her life at Molineux.

“I have done some research into her involvement with the club going back well before her arrival on Sir Jack’s board and I am treading unfamiliar ground really. My only previous trip to Lord’s was for a groundsmen’s meeting, not for a match.”

Places at the dinner cost £150, which covers a ‘sparkling’ reception and a three-course dinner with wine in the venue’s famous Long Room.

Tickets are available through the http://www.lordstaverners.org/events/1238/tribute-to-rachael-heyhoe-flint-dinner link or by calling 0207-025-0022. 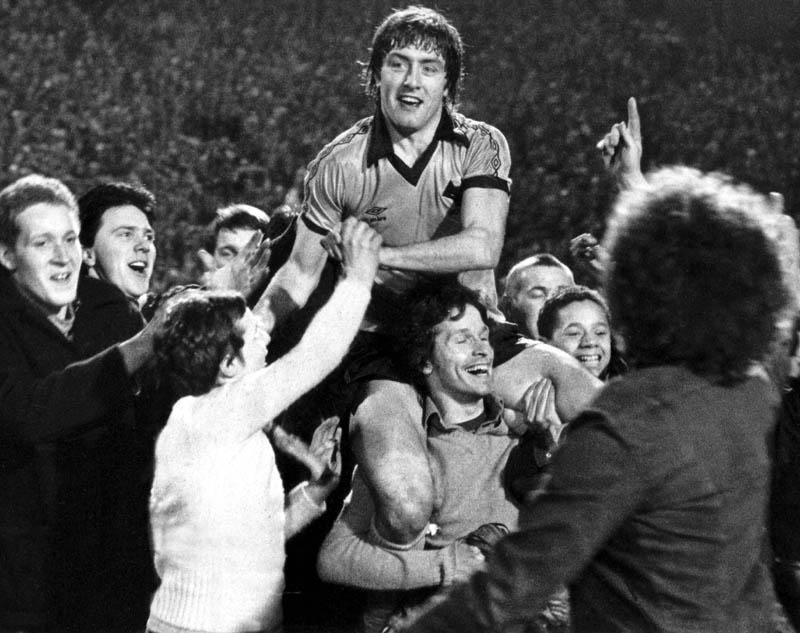 Richards is chaired off after scoring two of the goals that defeated Swindon 38 years ago tonight.

Rachael, who died at the start of last year, was sufficiently admired for her work on behalf of women’s cricket as to be made a Lady Taverners honorary life president.

Wolves’ victory over Swindon on February 12, 1980, put them through to a final against Brian Clough’s Nottingham Forest which they won against the odds thanks to a goal by Richards’s strike partner, Andy Gray.