Which Clubs Are Going Up?

With the Sky Bet Championship season now into its final third, we have received this offering from one of our occasional writers, Jack McCumiskey – one that shows what the outside world are making of a promotion race that continues to have Wolves at its forefront.

Clearly, Nuno’s men are emerging as warm favourites to go up and the bookmakers, who rarely get these things spectacularly wrong, have them best-priced at 1/100 to win promotion, with some even going as low as 1/500.

Not that you would know it from the head coach’s remarks. He continues to play it by the one-game-at-a-time maxim and promises to remain humble as the finishing line comes closer into sight.

Wolves have not been in the top flight since exiting it at the end of 2011-12. Three of the other five occupants of the top six, Cardiff, Aston Villa and Fulham, have played Premier League football in the subsequent years.

So who might be going up this time from the chasing pack? We look at the seven other likeliest candidates, with the current odds supplied by William Hill. You can still get  top free bets from Hills and other major bookmakers to use on all the remaining games of the season. 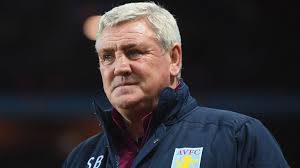 After a stuttering start, Villa have really laid down a marker in recent weeks. They had won seven in a row in the League before losign at the weekend and could really have pushed Wolves had they got their act together quicker. A play-off spot seems nearly guaranteed now but their fans will be disappointed with anything less than automatic promotion.

Derby, 6/4
Another, like Villa, who have really started to show their true worth in recent weeks. A tough loss to Sheffield Wednesday recently seems to have knocked them out of their stride a bit, but they also look like getting into the play-offs at least.

They were right up among the early pace-setters in the Championship but, whereas Wolves seemed to go from strength to strength, Cardiff fell away in the middle part of the season. They have picked up again recently, though, remaining unbeaten in their last six Championship games, including successive home wins against Bolton and Middlesbrough.

Right up with the league’s top entertainers, Fulham join Wolves as the only other side to have hit more than 50 goals in the Championship. They are coming into form at the right time, having gone unbeaten in ten Sky Bet Championship games and showed their mettle by beating Villa on Saturday.

Seen by many as the surprise package of the season, Bristol City have been in and around the top spots all season. A small squad does possibly seem to be catching up with them, though, and they may miss out even on a play-off spot. They can always look back fondly at the win over Manchester United in the Carabou Cup though. 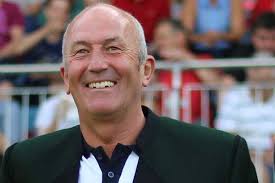 Everyone expects Middlesbrough to suddenly go on a roll and rocket up towards the top of the table. That has yet to materialise however, and they continue to find themselves out of the top six spots. Time is running out for Tony Pulis to get one of the most expensively assembled sides in Championship history on the march again.

The Blades also came flying out of the blocks but now look more and more likely to have to settle for a play-off place at best. Form has been indifferent since the start of the year and it would be a big surprise now to see them promoted for the second successive season.