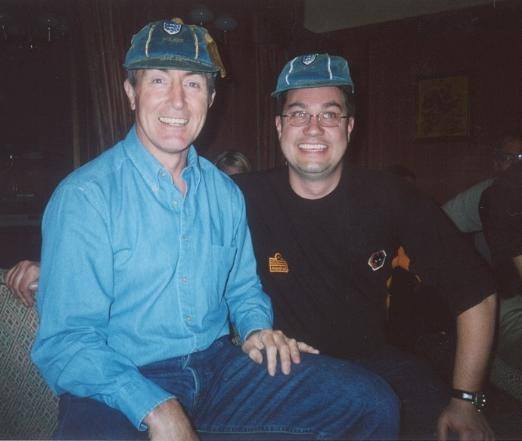 Bjorn Persson and John Richards at a get-together at the Connaught Hotel.

It is well chronicled how Wolverhampton Wanderers have been big news in the wilds of Scandinavia ever since a certain Hugh Curran goal in a wintry home win against Sunderland in 1969.

But the names of Parkin, Hibbitt, Carr, Parkes, Daley and even Bell live on in Sweden in ways that the players are probably totally unaware of. And it’s nothing to do with the game that made them famous.

Each has his name attached to a horse from the world of harness racing and one of them has done very nicely, thank-you, for the Wolves fanatic who provides this curious link between Molineux and a sport that is relatively minor here but highly popular across the North Sea as well as in America and Australasia.

“When I was growing up, others of my age who were interested in football liked Kevin Keegan and Kenny Dalglish,” says Bjorn Persson. “I was a left-sided defender as a kid and modelled myself on Derek Parkin. He was my first big idol. Kenny Hibbitt was my second.

“So when I got into harness racing (the simplest description here is to say that two-wheeled vehicles are pulled by horses going at a trot or faster), I didn’t have to look far in my choice of names.

“I started breeding horses in the mid-1990s. The first one was called Hibbitt, which was co-owned by a friend, won nine races out of approximately 30 and earned about 350,000 kronor.

“We had Parkin from 2006 and he was the best I have had. He also raced and won in Germany and Austria and earned around 2million kronor over four years. That is five times the salary I receive from working in a paper mill. He’s 12 now and goes to a school where they train people to become drivers (riders).

“There has also been a mare, so I named her Norma N Bell! She didn’t race but had two foals, Daley and Parkes. At the age of six, Parkes is still racing.

“Another one had red hair, so I called him Willie Carr and later sold him to a professional trainer as he was a bit crazy!”

Bjorn, 51, lives the small matter of 250 miles north of Stockholm and caught up with Wolves on their 1991 pre-season tour to those parts under Graham Turner.

The game against Birmingham in mid-April will be his sixth visit to Molineux, where he first attended a match in 1998, and he fills the little spare time he has between work, family and his two sports by writing crime novels. 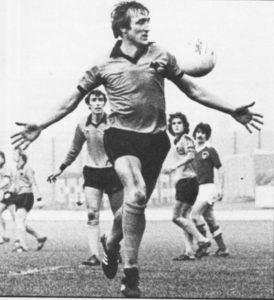 Derek Parkin…..a surprise link in a country in which Wolves have often been frequent visitors.

“I have won eight races as a driver but we have professional drivers for the bigger races.

“I’m still very much into it and, depending on what they look like, Richards and The Doog will be the next ones I have.”