A Book With A HUGE Reach

Reporter’s Recollections Of The Highs, Lows, Laughs – And Rows 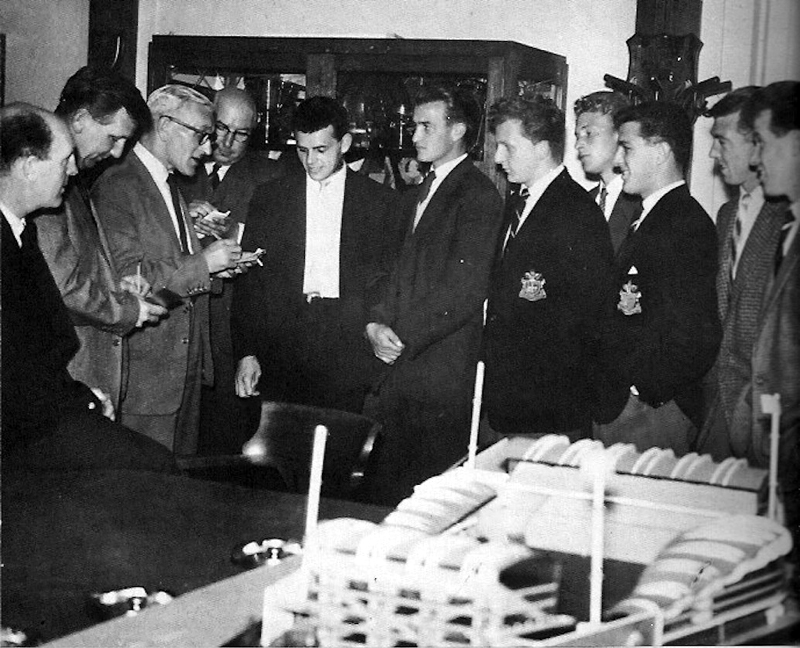 Express & Star reporter Phil Morgan, in spectacles, addresses Wolves’ players amid a little trouble caused by an article written by a journalist friend.

Wolves Heroes co-owner David Instone is putting the finishing touches to the project chronicling his lengthy career in the Molineux press box.

The long-time Express & Star correspondent has written more than a dozen previous books on the club and says that none have been as much fun as this one.

“I’m very lucky to be in a position to write at such length about Wolverhampton Wanderers matters from the vantage point I have had since the mid-1980s,” he said.

“I have seen so much and feel I can capture decades and decades of the club’s history in print in a way that hasn’t been done before.

“I really looked up to Phil Morgan, who was the loveliest gentle man and someone I got to know in my early years at the Star. I once went to see him at his home at Aldridge for a piece in the paper but realised later that readers were obviously happy in his hey-day with just being told the team news on a Thursday or Friday and having events on the field described in the Sporting Star and then the Monday night Express & Star.

“He had a nice turn of phrase as well but there is so much I would like to have been able to ask him now about what those great players were like off the field, whether they were sensitive to what he wrote and whether he had fall-outs with them and the manager and chairman. Were they confident individuals or did they have self-doubts, even through all that success, like most of us?

“There must have been loads of funny stories he could have told us if he had done a book at the end of his career – I know I have accumulated plenty from my time.

“My aim has been to give Wolves supporters a real insight into what happens behind the scenes in the difficult relationship between a reporter and club and to tell some fascinating stories behind the stories.

“I had my difficulties at Molineux in the past, no question, and made mistakes but came to feel privileged at having what essentially was an insider’s view. People started telling me many years ago that I should write a sort of memoir and, eventually, I decided I would.

“There is so much in these 256 pages fans won’t have heard before…..loads of recollections and some revelations. Many of the personalities I found myself writing about have moved on or passed on, so what might have seemed too hot a subject to be describing 20 and 30 years ago is much less sensitive now.

“For example, the story of how I learned about Graham Turner’s appointment will raise some eyebrows. So will the unpublished exclusive Sir Jack gave me at Molineux one night in about 2005, a tale about Derek Dougan and the call I took telling me one of the major managerial successes of the last 30 years was very keen on the Wolves job. 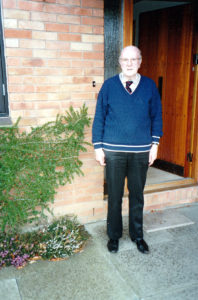 An author-taken 1990 photo of Stan Cullis taken at the manager’s home near Malvern.

“Then there was the precious time spent with Sir Jack in the Bahamas, going to Buckingham Palace with Bully and being welcomed into the homes of all those legends like Cullis, Slater, Broadbent, Hancocks, Flowers, Stuart, Williams, Richards, Munro and The Doog.”

‘Between the Golden Lines’ is due out around the end of the season and is a hard-back costing £18.99, excluding post and packaging. Details of how to pre-order and guarantee your name or that of a chosen family member or friend in the list of subscribers at the back are available by emailing thomaspublications@blueyonder.co.uk or ringing 07734-440095.