Out Of The Division – And Out Of Sight

Within Touching Distance Of A Club Record 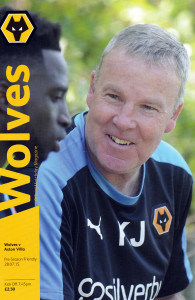 Kenny Jackett on the cover of a match-day programme.

Having recently written how Wolves very rarely leave anything to chance when winning promotion and possibly a title, we can now add some clearer historical perspective to their electrifying progress to the Championship crown they secured in style at Bolton yesterday.

Already, this easy-on-the-eye side have blown out of the water the previous highest points total the club had ever achieved at the second level – the relatively modest tally of 90 under Mick McCarthy in 2008-09.

Nuno’s men have 98 on the board with games still to come over the next two weekends at home to Sheffield Wednesday and at relegated Sunderland and can therefore set a new high by winning both and ending with a colossal 104 points.

That would be one more than they amassed under Kenny Jackett’s management in running away with the League One title in 2013-14.

Among the various other landmarks they are stacking up, the present squad are also in with a chance of making this the most emphatic of the 11 titles the club have lifted during their history.

That triumph in the lower divisions four years ago currently stands as their clearest winning margin, with Brentford having finished nine points behind in second place.

At other times in the three-points-for-a-win era, they headed runners-up Sheffield United by eight in the 1988-89 Third Division, had five in hand over Cardiff when dominating the Fourth Division 12 months earlier and had a seven-point gap over Birmingham at the finishing line in 2008-09.

Wolves hold a mouth-watering 12-point lead over Cardiff now, although that could be reduced if the Welsh club profit from their game in hand at Derby this week.

The biggest title-winning gap Wolves achieved in the decades during which a victory brought only two points was six when they pushed the post-Munich Manchester United into second place in 1958-59, with Preston trailing five off the Molineux-set pace the previous season. 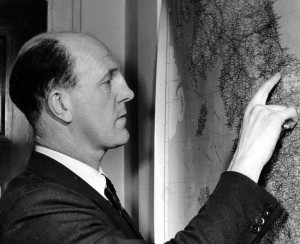 Their other winning margins are the one-point advantage they had over Rochdale when they were 1923-24 Third Division North champions, the two they were ahead of Leicester in the 1931-32 Second Division, the four by which they eventually saw off Albion in the 1953-54 top-flight head-to-head and the two by which they prevailed over Chelsea in lifting the 1976-77 Division Two crown.

Their highest winning points total, with two available for a win, was their 64 under Stan Cullis in 1957-58. Their record then of 28 wins, eight draws and six defeats from 42 games would now translate to 92 points – and that from a 42-match campaign.