A Happy Rewriting Of History 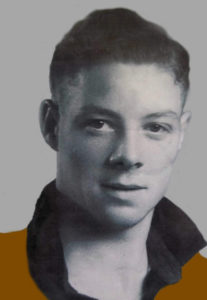 A Merseyside-based Liverpool fan has expressed heart-felt thanks after we were able to provide her with some career details about the grandfather she never knew.

Dave Parker was a Wolves player before and during the Second World War and was reported in much earlier Molineux literature to have been killed during the conflict.

We made ourselves busy on behalf of Danielle Flynn when she contacted Wolves Heroes on what she described as a long shot, expressing her keenness to fill in some important gaps in her family’s history.

“I am trying to piece together his career as he had passed away before I was born,” she wrote. “Any information, pictures or articles would be gratefully appreciated because I have been trying for years and keep hitting brick walls. I really, really hope you can help.”

Danielle was unaware as to whether the former full-back, who was born in Liverpool in 1915, had made any first-team Wolves appearances but had a pleasant surprise for us even before we got to work.

We were delighted to receive the news that, far from losing his life in the hostilities, Dave actually didn’t pass away for another 40 years or so until 1980.

Unbeknown to us until now, this very important historical fact was corrected in the latest version of the Wolves Complete Record in 2009, so we proceeded to pass on the Molineux aspects of the life of William David Parker, as he is known in most record books.

He played three times in the club’s senior side, all in the First Division, his debut coming in a 3-1 win at Manchester United on November 12, 1938, when he deputised at left-back for Frank Taylor. His second game was a 2-2 draw at Aston Villa on April 11 of the same season and his third and final one was four days later in a 3-1 home victory over Charlton on the 15th. Those latter two games came in the no 2 shirt as replacement for the stalwart Bill Morris. 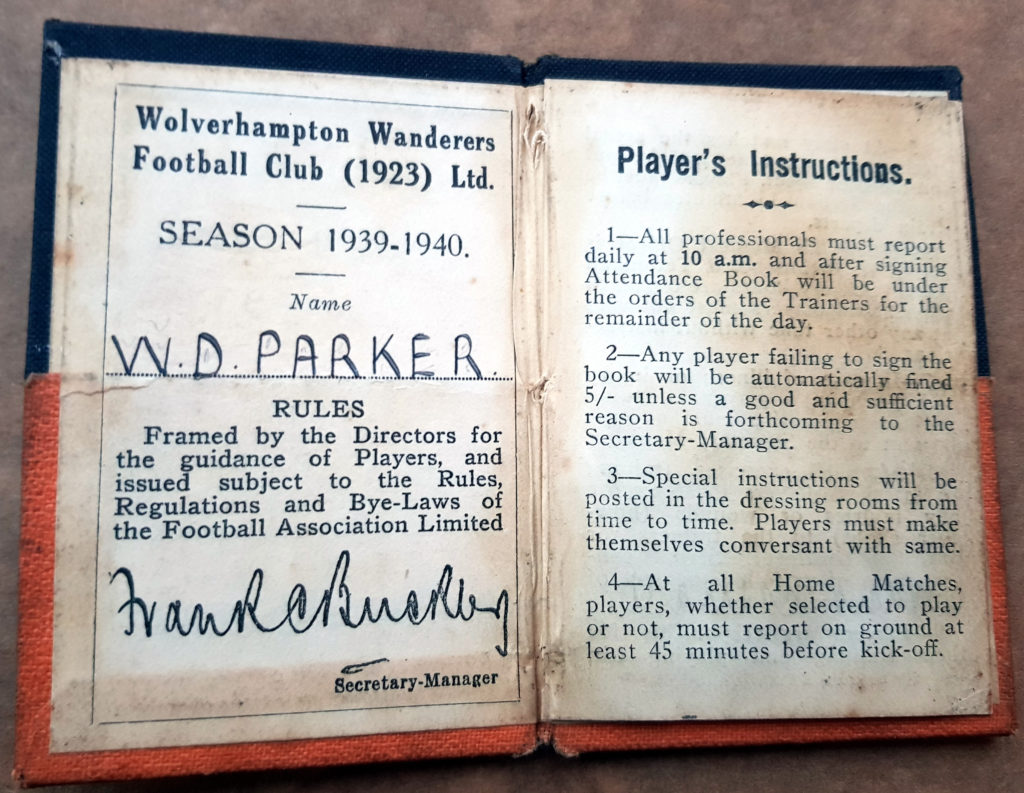 The rules of Molineux life…..Parker was on £5 a week, with a £1 appearance bonus.

This being very much a two-way conversation, Danielle pointed out to us that Parker had started his career with a junior team called Linacre on Merseyside before signing for nearby Marine in amateur football in 1936-37.

She said he featured many times in a ‘Mighty Mariners’ book, which pointed out that he faced Liverpool at Anfield in front of a 7,000 attendance in the final of the Senior Cup on Coronation Day at the end of that season.

The publication states: “Parker was so impressive in this game that he was signed by Hull City (in June, 1937) and transferred on to the legendary Wolves.”

The Humbersiders were then a Third Division club and he totalled 33 games for them in the League and FA Cup, emerging as such a force as to attract interest from Arsenal and Bolton and to be named in Topical Times as a player to watch out for.

But he ignored callings from elsewhere and signed at Molineux instead in the following August. He certainly found himself surrounded by high-class performers – Major Buckley’s young Wolves, after all, were runners-up in both the League and Cup in 1938-39.

Sadly the outbreak of the war in the September of that latter year ate into his highly promising career and that of countless others, although he is said to have subsequently guested for Crewe as well as playing several Wartime League games for Wolves. 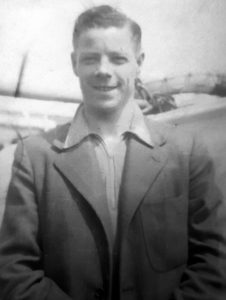 Danielle has kindly sent us the accompanying photos and is relishing a memorable week……the Championship title at Molineux and the probability of a Champions League final place in Kiev for Liverpool.

“I am so happy to see Wolves back in the Premier League,” she added. “Although I am a Reds fan, I love Wolves as well because of this family connection.”