More Acclaim For The ‘Sherpas’ 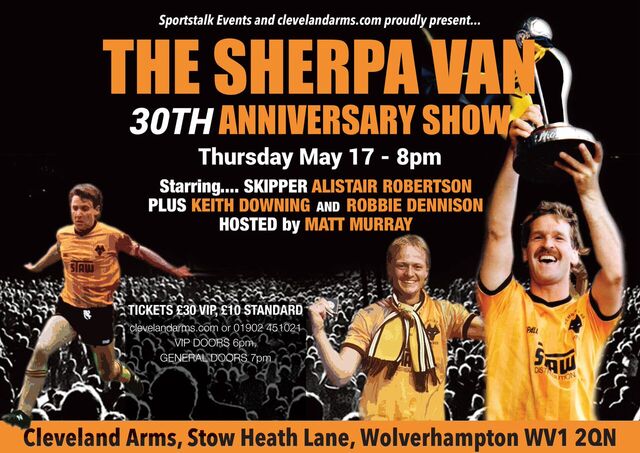 A ticket worth having……

It’s cup final season, which also means we are in a time of anniversaries. It was 58 years last week that Wolves beat Blackburn to lift the FA Cup and, remarkably, 30 whole years at the end of this month since the club’s last trip to Wembley brought victory over Burnley.

With that latter landmark in mind, Sherpa Van Trophy nostalgia was heavy in the air as Alistair Robertson, Keith Downing and Robbie Dennison reunited in Wolverhampton tonight to chat over old times with almost 150 supporters.

Not just casually either but with Matt Murray – another Molineux promotion winner, albeit from a decade and a half later – as MC and ‘ringmaster’ at the Cleveland Arms.

This establishment close to the Wolverhampton/Willenhall border is becoming a major player for Wolves events and the appearance of Graham Turner’s chosen captain alongside one of the Twin Towers scorers and a popular locally-born midfield dynamo who had netted against Notts County in the competition’s area final was another coup.

Robertson wrote brilliantly in his 2017-published autobiography Thou Shalt Not Pass of how his trophy-winning success came late in the day for him in gold and black rather than during his recognised prime across the patch at Albion – a point that clearly went down well at this gathering.

The stalwart defender was also famously huge on team spirit and fighting for each other, which, as his readers will know, meant regular refuelling stops in which to create that special bond!

The setting, at a sports bar, was therefore highly appropriate and, in good pals Downing and Dennison, he certainly had loyal club-men at his side. They played 228 and 353 games respectively during their stays at Molineux.

Downing had hit a beauty against his former club Notts County on the night Wolves underlined their renaissance by booking their place in the final, which the genial Ulsterman then lit up by curling home a delicious second-half free-kick for the killer second goal against Burnley.

And how fitting it was that Bill Slater, the man who had lifted the FA Cup at the same venue in 1960, should subsequently present the silverware to the side’s senior statesman little more than half an hour later.

Robertson is by no means the only Scot to have been welcomed as a special guest at the Cleveland. 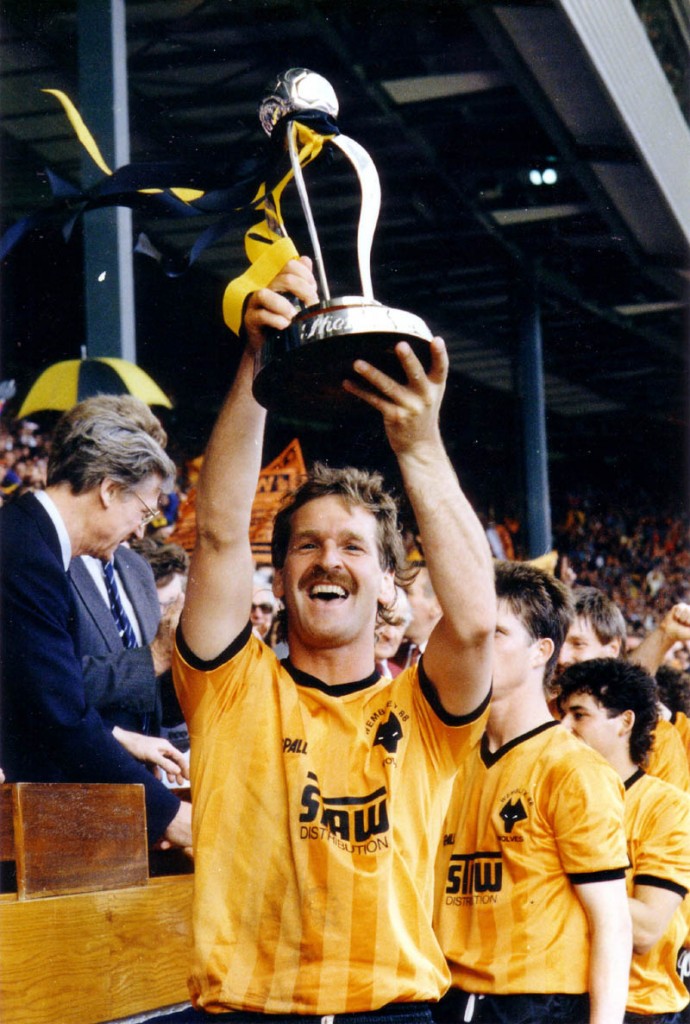 Happy days in 1988 – even at the Football League basement.

Alex Rae and Barry Douglas have previously appeared and Kenny Miller is due to mingle with supporters there on September 6 – is anyone detecting that landlord Will Adamson has a certain Rangers interest?

Sherpa Van memories were also previously aired at an evening starring Steve Bull, Andy Thompson and Dennison while Bull and Andy Mutch have linked up together on stage, as have Murray, Lee Naylor, Paul Butler and Dave Jones.

Steve Daley is another past visitor and, from the present squad, John Ruddy and Danny Batth were welcomed along with Douglas earlier in 2017-18.