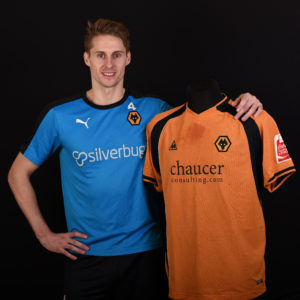 David Edwards promoting the They Wore The Shirt book two years ago.

Jon Dadi Bodvarsson will have been well prepared for this World Cup. As far back as mid-March, on the night of Reading’s emphatic defeat at Wolves, he said he couldn’t wait to get to Russia.

And, in one of his Madejski Stadium colleagues, he has a friend who will no doubt have done all he could to prepare him for his crack at the global stage.

Like the Icelandic striker, David Edwards lived the Euros dream in the summer of 2016, revelling in the role of underdog and going further in the tournament than he might have dared to expect.

Now, the midfielder is home for the summer after Wales’s spirited failure on the latest qualification journey while Bodvarsson is back in the world spotlight.

And you just know that Edwards will have done all he can to prepare his pal in trying to help prove that the thunderclap heroics of two summers ago was no one-off for these North Atlantic minnows.

Gareth Bale didn’t write a book about Wales’s epic journey past England and others to the semi-finals in France. Nor did Aaron Ramsey, Ashley Williams or Wayne Hennessey. Dave Edwards did.

I bought and read ‘Living My Dream’ as a way of whetting the appetite for what is now unfolding in front of our eyes and have been reminded of why we had such high regard for this son of Shropshire during the Wolves career that leaves him 33rd in the club’s list of record appearance makers.

It surprised me that the author remarked in print how he felt he had a chequered time of it with Wolves fans……a love-hate relationship even. Really? Only with certain keyboard warriors on social media then, surely. 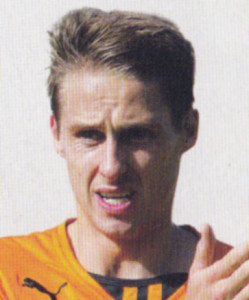 Only 32 men have played more League and cup games for Wolves….that’s some honour.

It would be going too far to say he was enormously blessed with natural talents but you don’t play 306 games for a club by accident.

Edwards drained every last drop out of himself – still does as a Reading team-mate of Bodvarsson’s no doubt – and how many times were we grateful for his knack of popping up with a goal? I’ll tell you…..44 times.

The 230 pages of this excellent book – written with the valuable help of former Wolves head of media Paul Berry – bear out another very strong message; that Edwards is the perfect pro.

Chapter one, entitled The Nightmare Scenario, talks of a sickening crack in a Wolves game against QPR and gets straight to the point: “Please not now, in this year of all years,” he writes “….when I was aiming to be part of the first Wales squad in 58 years to head to a major tournament.”

The pain in Edwards’s left foot, caused by a routine challenge from Tjaronn Chery, left him welling up and covering his face with his shirt as he left the pitch. Was the Euro dream over?

The problem was soon diagnosed as a broken metatarsal and he reached for his mobile in the Loftus Road changing room when told by Wolves’ physios that the recovery time was 12-15 weeks. He needed to know straightaway how close that was to when Chris Coleman would be naming his Euros squad.

Via a chat with Tommy Rowe on the coach ride home, a scan back at Compton and the booking-in for surgery on the Monday, Edwards ensured everything that could possibly be done to shorten his absence would be done.

I didn’t realise that substantial chunks of text about injury battles could be so interesting. This is a powerful insight into the tense fight for fitness, helped enormously in this case by the player’s dedication, professionalism and determination. An ‘addiction’ to self-help and positive-thinking books were another important factor.

He had been told he would be out until mid-April but made it back in time for a brief substitute role in a win at MK Dons on the fifth of the month.

Five more Wolves outings followed in what was left of the season and a 26-minute re-introduction to the Welsh squad came in the pre-tournament friendly defeat in Sweden.

You can’t help but feel thrilled that this unfailingly polite and approachable individual was in the starting line-up for his country’s opening game in France, against Slovakia. 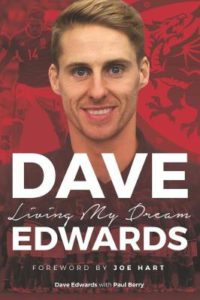 It’s not just about the play….there’s a book as well!

The World Cup in Russia makes this a perfect time to read Edwards’s account from behind the doors of the squad headquarters; the team meetings, the special bonding under what he describes as the inspirational management of Coleman, the elation of progress, the embarrassing forfeits for minor breaches of discipline. In short, the Don’t Take Me Home mood of Together Stronger.

Well done to him for opening our eyes considerably more on the rigours of tournament football, especially as he is donating all his royalties to the children’s charity he set up with his best friend, Ben Wootton (see www.LittleRascalsFoundation.com for further details).