1958 – Joy Then Heartache For Billy And Pals 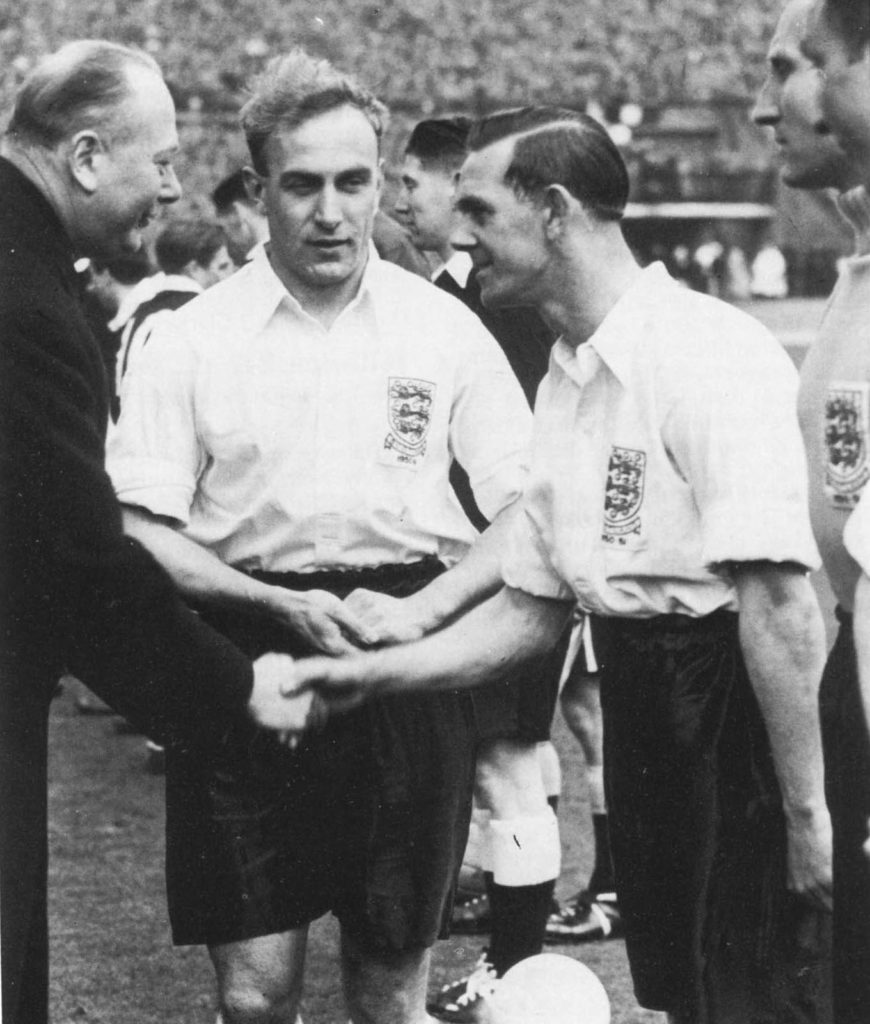 Billy in his other role as England leader.

Knowing that he had three club colleagues at his side and a fourth as a regular England team-mate would have intensified the feeling towards bursting point.

Wolves dominated the 1958 England team to a greater degree than we are now seeing from Tottenham, Manchester City and Manchester United with their various footprints over Gareth Southgate’s line-up.

Eddie Clamp, Wright and Bill Slater formed the half-back line for the country’s opening three matches at the finals in Sweden and, when Clamp was one of those who made way for the decisive clash with the USSR, Peter Broadbent was among the men drafted in. In the background at this time was another Wanderers legend, Ron Flowers.

Maybe gold shirts would have been more inspirational than those with the three lions on because Wolves didn’t only head the feeder system to the international side – they had also just won the first of their successive League Championships.

And the latest issue of Backpass reminds us that, beyond the compact amphitheatre that was Molineux, England might just have got their hands on the tiny trophy eight years before they finally did.

Remember all the hard-luck, heartbreak World Cup stories we have known since, like West Germany’s rally from two down in Mexico, the Hand of God Maradona goal, the disallowed Rio Ferdinand effort against Argentina in 1998 and penalty shoot-out defeats in 1990 and 2006?

Well, Colin Allan takes up two pages of Britain’s finest football magazine to paint a picture of similar misfortune in Scandinavia in what Billy knew would be the last of his three trips to the tournament.

The writer first points to the devastating wipe-out from the squad of Duncan Edwards, Tommy Taylor and Roger Byrne, three of the Munich victims some four months before the first ball was kicked.

They had 70 caps between them and the void was glaringly obvious. More so when Tom Finney was clobbered in suspect circumstances in the first game – a 2-2 Gothenburg draw with the USSR in which he had scored – and sidelined for the rest of the campaign.

In the warm-up games, England had already seen some of the goal-scoring explosiveness possessed by Bobby Charlton, although he was naturally subdued when the final preparation game took him back to Belgrade via a refuelling stop in Munich. That seemed to tip the scales against him in the jamboree that followed.

The selectors had already opted to name only 20 players in their squad when they could have included one or more of Brian Clough, Nat Lofthouse and Stan Matthews in taking the number up to 22. Then they decided that a follically-blessed Bobby was too young at 20 to be unleashed on such a stage.

We now know that a 17-year-old Pele was given his head by Brazil at the same time and stole the show before and after England had made an early return home.

The high spot of our campaign was the feat of Wright – described in the London Evening News’ match report as ‘magnificent’ – and friends in at least keeping the eventual champions goal-less in a stalemate in Gothenburg.

But the failure to beat group whipping boys Austria four days later was crucial, the 2-2 draw in Boras containing a Bobby Robson goal that was ruled out five minutes from the end for an alleged foul.

There was much less recovery time in those days and England were in action again a mere two days later in a play-off game against the USSR – the third meeting of the clubs inside a month. 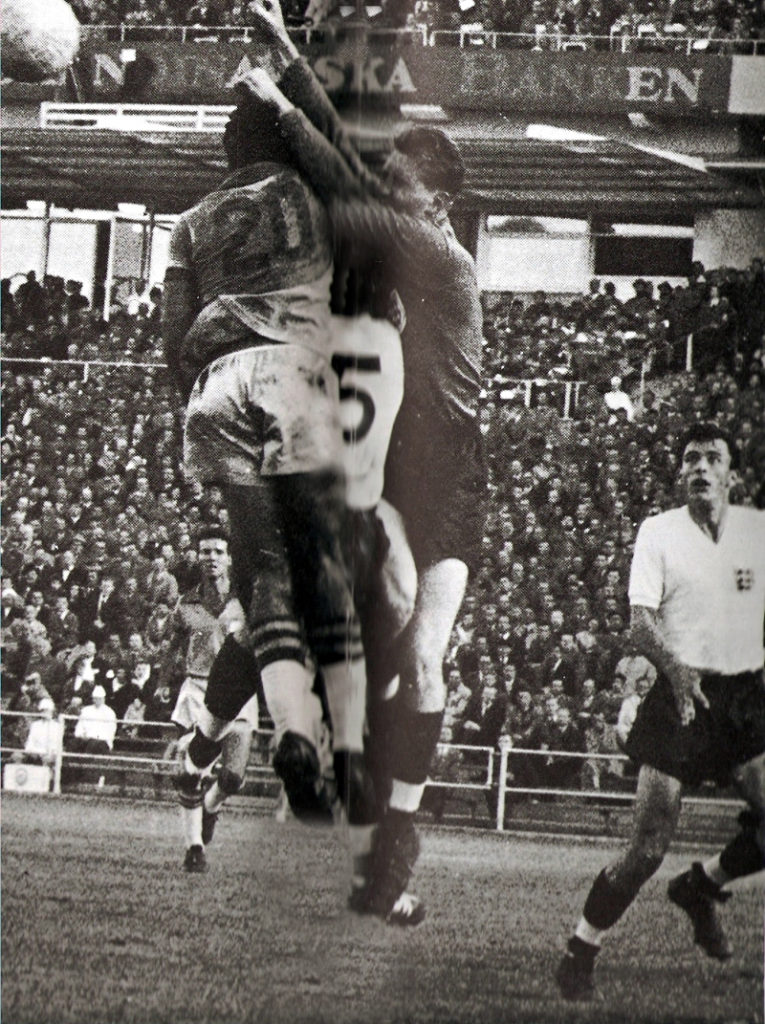 Eddie Clamp (right) in action for England against Brazil in Sweden in 1958.

After three disallowed goals in earlier fixtures, the side this time struck the post twice in losing 1-0.

Wright may have held aloft English football’s major prize a few weeks previously but was quoted as saying in Norman Giller’s excellent A Hero For All Seasons book: “That defeat by the Russians was one of my lowest points in football. I knew in my heart this would be my last World Cup.

“When it came to the inquest into England’s comparative failure, I did not think enough was taken into account of the effect of the Munich disaster.”