From Russia……With Some Closing Thoughts

In sounding the full-time whistle on our month of World Cup and Russia-themed posts, we offer a few closing thoughts on the tournament and the general armchair experience – from a Wolves angle, of course…..

We trust you have enjoyed this different slant and will stick with us keenly for our return to a more routine output from this coming Tuesday.

So do you agree with these observations? 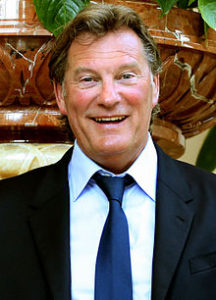 Glenn Hoddle may still be short of admirers in these parts but there is no denying that he is very much part of the ITV ‘first team’ for England matches. The former national and Molineux boss is Clive Tyldesley’s trusted right-hand man on the commentary gantry for the big occasion and provides a useful insight. Why shouldn’t he? As well as leading us on a decent run as manager at the 1998 tournament in France, he played for us in it in Spain in 1982 and more so in Mexico in 1986.

Hoddle’s 53rd and last senior England cap was won in a dismal 3-1 Euro 88 group defeat against the USSR in Frankfurt – the second European Championships in which he had represented his country.

Talking of the punditry world put me in mind of Andy Gray’s comments a couple of World Cups ago. The 1980 League Cup final match-winner told me he wouldn’t be attending the South Africa tournament as he felt the viewers saw plenty of him on Sky Sports as it was during a long domestic season. Gray, who did turn up at Italia 90 in his pre-studio days, is clearly of a different view to the forthright and interesting Gary Neville, who pitched up in Russia to work for ITV despite being the striker’s replacement on Sky.

Jacqui Oatley, the Wolves fanatic we have been seeing plenty of on our screens since mid-June, has been covering her third World Cup finals. She gained a degree in German at Leeds and was awarded the MBE in 2016 for her work in furthering female involvement in football.

Nice to see former Wolves head of medical services Steve Kemp in the technical area at England games. He was well thought of at Molineux and his career continues to go onwards and upwards.

Wolves’ signing of Portuguese international keeper Rui Patricio – is it a free transfer or could it cost £20m or so? – has been one of the more curious stories to come out of the club in many years. It could only happen in football! 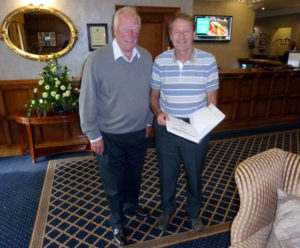 Ron Flowers in recent years with one of the heroes of 1966, Roger Hunt.

We have all been encouraged by the performances of Gareth Southgate and his squad and, as a country, enjoyed the ride along a road that we hoped might lead to the ultimate prize. But, still, Ron Flowers is among that very elite group of men as the only ones from these shores ever to lift the Jules Rimet Trophy.

So how many of us will lose sleep over today’s result? Who won this hollow consolation prize four years ago? Was there even a play-off for third and fourth places in 1966? England and Belgium players should have been on the beach by now, not still awaiting a homeward flight.

And so to Qatar……will we qualify? Will we have any chance of succeeding in such a furnace of a country? And can Wolves Heroes sustain a month of stories from that tournament as well?