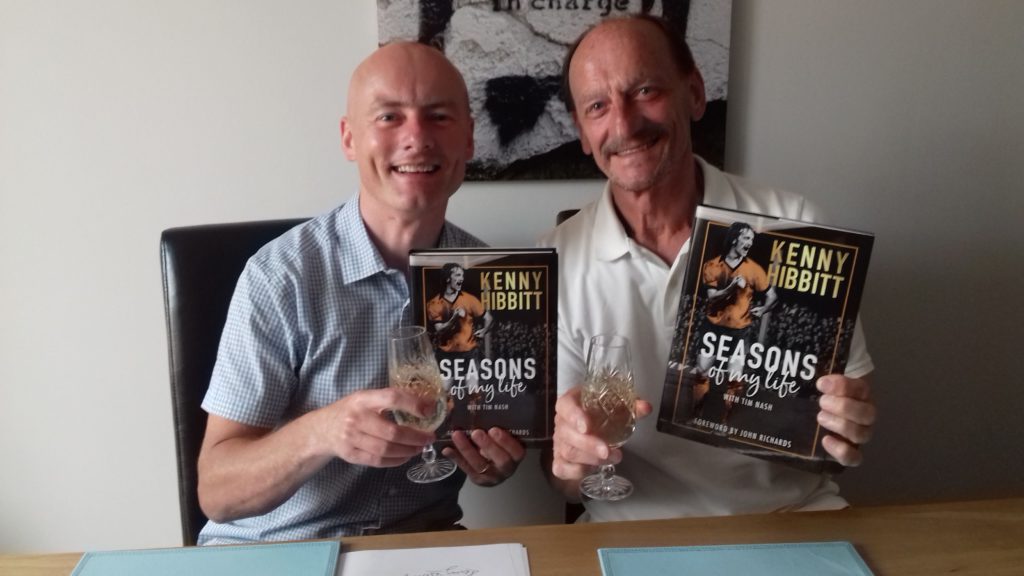 Kenny Hibbitt with Tim Nash, who took over as his ghost-writer from another former Express & Star man and good pal, Chris Smith.

Across the small matter of 574 first-team matches, Wolverhampton Wanderers fans grew accustomed to Kenny Hibbitt putting in one heck of a shift.

Not for nothing did this legendary midfielder became synonymous with a sweat-soaked gold shirt. He was one of the game’s true workaholics.

And age hasn’t done much to dim his capacity for hard graft.

The 67-year-old has just taken delivery of his long-awaited autobiography and is already going above and beyond the call of duty in what is very much a new field for him.

Some fans who pre-ordered copies of Seasons of my Life have been shocked – in the best possible way – by the sight of Hibbitt himself turning up on their doorstep with co-writer Tim Nash to do the delivery.

And no corners are being cut on the promotional tour which has both out and about plenty this week as the sales effort continues.

Then it was on to Bar Sport in Cannock last night and the Cleveland Arms near Willenhall this evening for signing and question-and-answer sessions.

Kenny will soon be retracing some very old tracks when he returns to the Chestnut Tree, the Finchfield pub whose football team he coached in the 1970s. He is there on Thursday night, from 8pm to 10pm.

Admission is free to all events, which conclude for the week with an appearance alongside John Richards and Steve Daley at a signing session in the Mander Centre from 11am until 2pm on Saturday and then a solo outing later in the afternoon at Edgmond, near Newport in Shropshire, where Wolves Heroes’ David Instone and other Molineux-related authors plan to attend. 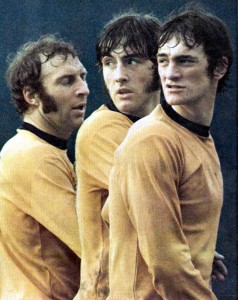 John Richards (centre) with Mike Bailey and the man of the moment.

Richards has written the foreword to Seasons of my Life, a hard-back publication of more than 280 pages that is retailing at £20.

If any of our readers need further information about the forthcoming events or where to purchase the book, please feel free to email thomaspublications@blueyonder.co.uk or ring 07734-440095.

We purchased our copy at Molineux on Saturday and will be writing more about it in the coming weeks.