Back In The Swing

Wolves Golf Dates For The Diary 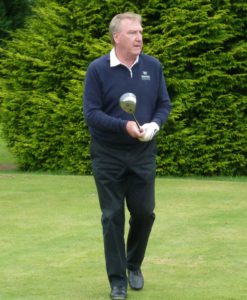 What better day than the one straight after Francesco Molinari’s famous Open Championship triumph than to look ahead to when Molineux favourites will again be gracing the area’s fairways en bloc early in the new season?

Golf has always been a favoured second sport for footballers and Kenny Hibbitt, Phil Parkes and many others ensure that the trend is very much reflected in these parts.

Having spent time with Kenny on Saturday, we can vouch for how interested he was in events at Carnoustie and know from the past what a proficient golfer he is.

Competition day for the Former Players tournament chiefly organised by Steve Daley is considerably later than many previous years and is not taking place until Friday, September 28.

There is also a change in venue, with Oxley Park chosen rather than The Wergs, where the lads have assembled with their teams in the last few years.

This event goes from strength to strength through its popularity and pulling power, with star-studded outsiders such as Alex Stepney, snooker’s Willie Thorne and cricketer Geoff Miller appearing among the Wolves fraternity in the recent past.

The scheduling means that the Wolves heroes will be assembling twice in a couple of weeks at two courses in the area.

That’s because they also have their annual date at the lovely Wrottesley par-three course, near Codsall, on Sunday, September 16.

And golf will be on the minds of many of us at the end of that month anyway as the 42nd Ryder Cup will be held from September 28–30 at the Albatros Course of Le Golf National in Saint-Quentin-en-Yvelines, south west of Paris.

We normally join our favourites on the fairways in a couple of months’ time and plan to do so again this autumn so we can bring your news of their exploits in this relaxed, fun environment.