Adding The Gloss To Some Cherished Memories

Detailed Look At Molineux Life Beneath The Surface 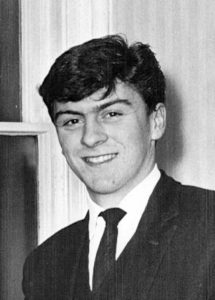 He is responsible for probably the most exclusive book ever produced about Wolverhampton Wanderers – a title that has only two copies – and was a close personal friend of its subject, Bert Williams.

Down the years, he has also dined and holidayed with Derek Parkin, included various other Wolves favourites among his good pals and even spent two seasons in the mid-1960s playing in the club’s junior sides.

“I shouldn’t think anybody has played more matches for the club as an amateur than me,” he said today.

“I captained the fourth team in the Worcestershire Combination for almost two full years, played some games in the third team in the West Midlands League as well and always put my football before everything else.

“I grew up in Leicester Street, Whitmore Reans, only two minutes from the ground, and sometimes wonder whether it was because it was so easy for me to get in for training and matches that I wasn’t offered something.

“I remember John McAlle arriving there, for example, and I was as good as him. Obviously I hoped the Wolves would take me on as an apprentice professional as well but the call never came.

“Don’t get me wrong……John became a terrific player who I always got on well with but I do think about what might have happened to my game with full-time training rather than around my working week.”

McAlle and Beddows were occasional Wolf cub team-mates. Jimmy Seal, Bertie Lutton and Phil Parkes were others, plus the countless teenagers who fell short.

“There were a lot of very good lads who failed to cut it for whatever reason,” he added. “Some seriously good players didn’t make the grade and went their separate ways, in many cases without me having any idea where they ended up.

“As a Wolves fan, it was a dream for me to be spotted by the club at 17. I was playing for Whitmore Old Boys when a scout called Bill, a small guy always behind dark glasses, was impressed enough to recommend me for a game.

“I used to go training on Tuesday and Thursday nights before playing on a Saturday. I got on well with all the coaches, like Bill Shorthouse, Roy Pritchard, Alf Crook, Jack Dowen, Jack Screen and Dave Lapworth. Dave called himself The Little General when he was playing.

“All of them worked under Joe Gardiner and we also saw quite a bit of George Noakes, the scout. He dropped in regularly for a cup of tea, which he drank with his cap on.

“They used to love joining in, especially on the all-weather pitch at Castlecroft. At other times, we would train under the stand at Molineux in ‘the dungeon’ and get a right sweat on. Bill would be waiting by the door making sure everyone had a cold shower afterwards and would have a bucket of cold water for those who didn’t!

“I was marking Alun Evans the first time he joined in training at Castlecroft and Bill told me to be gentle because he was a newcomer.

“My first game was in 1964 against Brierley Hill, which I remember as I played for them later. For some reason, they put me at inside-left, although I was mainly a left-half or centre-half then.

“It was at the end of the season and Dave Woodfield was playing as well because he was coming back from injury.

“We won four and I must have done okay because I also played in the week against Alvechurch. I started at Wolves under Stan Cullis, stayed through Andy Beattie’s time and then knew life there under Ronnie Allen.

“Ronnie came down from the stand once at Castlecroft and shook my hand after I played well and I recall my dad going to see Bill Shorthouse to see what plans the club had for me.

“The call to put me on a contract didn’t come, though, and I can only think they played me for so long as I lent some experience to the side, as captain, and helped others around me.

“Actually, there WAS something in it for me….I used to receive a couple of quid in a brown paper envelope as expenses. I’m not sure the others received that, so they did look after me in that way.”

Beddows was already working as a painter and decorator – the profession at which he still keeps his hand in at the age of 71. Indeed, this interview took place while he demonstrated those skills.

Having thoroughly enjoyed the non-League career that followed, he has few regrets but does admit to wishing he had followed up the interest Blackpool showed in him.

His reluctance to leave Wolverhampton cost him that possible opportunity – instigated ‘by a scout called Coleman’ – and a piece written by John Dee in the Express & Star had him linked at one stage with a step up from West Midlands League to Derby. 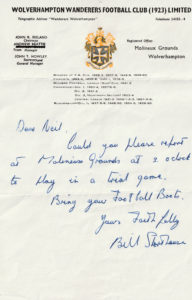 How could he refuse? Note the scribbling out of Stan Cullis’s name in favour of Andy Beattie.

But the only other experience he had at the higher level came at Walsall, where he thought he might break through. It was a sobering experience, though, and he again remained well short of the senior side despite some Midland Intermediate League outings.

Our chat contains references to Doug Griffiths, Vic Povey, Les Wilson, Peter Knowles and many others. Also to the irony of how, having played in numerous practice matches at Molineux, his first proper game on the pitch was much later in a local cup final for Claregate against Northicote.

Here is a man – still in good physical shape despite a serious accident when he came off his motor cycle – who was clearly in love with the game.

His playing career had also contained captaincy experience with Wolverhampton Boys on a tour of Germany and in a match against their Bristol counterparts at Eastville.

He moved around the pitch a little, with centre-half and full-back roles occupying him for long spells, and chuckled at what happened when Seal once had to go in goal for the injured Phil Weir in a game at Malvern.

“Jimmy had a word with me and told me to head everything because he didn’t fancy leaving his line to deal with crosses and set-pieces,” he said. “The first one that came over….I got up highest to put my head on it, only to direct into our net. He turned to me and said: ‘I didn’t mean like that.’ We lost 7-0.”

Beddows was close off the pitch to Weir, Aggio and Alan Arnett, the three of them enjoying a spin round town in the mini-van our interviewee acquired after passing his test. He remembers Knowles as ‘full of himself but never a problem’ from nights out at the Queens ballroom and youth clubs and from kick-abouts in West Park. The two remain friends and bump into each other from time to time.

All of which is only part of the story. Partly through Glyne Wetton, his PE teacher at Whitmore Modern and host to Parkin among others on holidays in Menorca, Neil became firm friends with Bert Williams and decorated all the master keeper’s houses, even a holiday home belonging to him in Wales.

It was partly because of the connection that Beddows has so many scrapbooks and folders detailing his career.

Bert had a museum in his final Shifnal residence and advised the younger man to properly collate and display his own cuttings and medals. 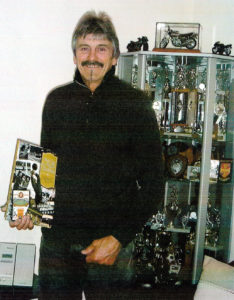 “We became very close and I was so impressed with everything that he had saved over the years that I did a bound book for him, ‘Bert Williams – A Football Legend’. I have one copy and the family have the other,” he added.

“It was the catalyst for the magnificent book Glyne did a lot towards some time later. I’m so pleased that publication came out while Bert was still able to enjoy promoting and signing it because he was a wonderful man and a hero to so many.”