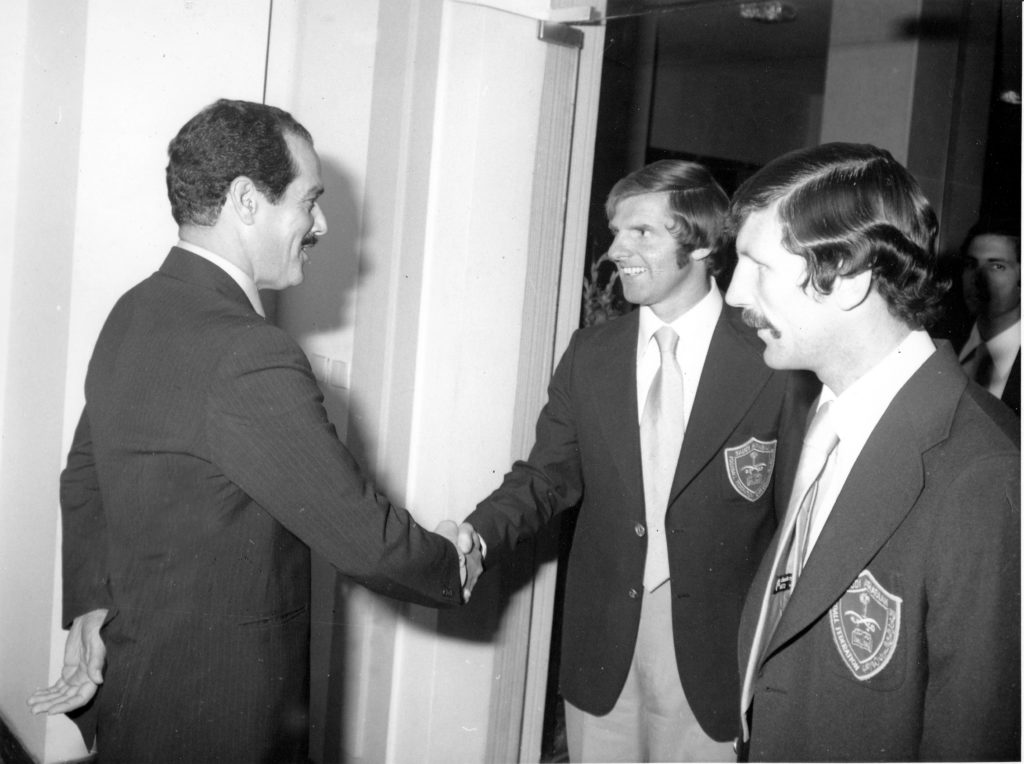 ‘Duggie’ Woodfield (right) with West Midlander Pat Wright in their time together in the Middle East.

Early in the summer, we acted as go-betweens when the i newspaper wished to contact Dave Woodfield for an article as part of its build-up to the World Cup.

The piece was duly published and the writer, Midlands-based Simon Hart, kindly sent us the left-over comments the former Wolves central defender gave him during his interview.

And we hope Wolves Heroes readers will learn something more as a result about the time the player spent coaching in the Middle East – also a destination in decades past for two of his ex Molineux bosses.

Woodfield recalled: “I was in Saudi Arabia for about three years. It was initially going to be two but ended up being three because the Gulf Games – their big tournament at the time and staged every two years – were cancelled because of the Gulf War.

Iraq, Kuwait, UAE, Saudi Arabia, Bahrain and Qatar were in it. Jimmy Hill had the contract in Saudi and Bill McGarry was the first manager he took in as manager.

“I was in Qatar but went with Bill to Saudi. He was initially there for two years before leaving and Ronnie Allen went out but didn’t last very long. Eventually, Bob Houghton and myself took over for the Gulf Games.”

Hill worked in tandem in the desert with one of his directors from Coventry, the former journalist and author, John Camkin.

Woodfield continued: “Jimmy never really lived out there. He was chairman of Coventry. He would be technical director of the company in Saudi.

“His son, Duncan, was out there with his girlfriend. He was running things for his father, who would go out every so often. Duncan was the only one who could have a girlfriend!

“It was hard. Initially, the coaching was only for the Gulf Games as Saudi Arabia weren’t involved in the World Cup at that time. We were like pioneers going out there and trying to improve their football.

“It was very difficult because of the weather and living conditions. We had three or four coaches in one villa. There was nothing else to do but sport.

“As for the facilities, they only had a stadium. The clubs had sand pitches. We had a national team, then developed at under-21, under-18 and under-16 to try to bring the youth through.

“The league had only three or four good teams, though, in Riyadh, Jeddah and one other main city.

“They were enthusiastic as there was nothing else to do. It was their life. The stadiums were full because the only other thing they enjoyed was eating. They weren’t self-disciplined. They would be up nearly all the night talking. If you went into training camp, they would be talking until the early hours and then you had to try to get them up in the morning.

“Some of our players were lacking in terms of physical size. The biggest teams were Iraq and Kuwait. The Iraquis are virtually like European players in stature.

“You would go out in Saudi and see all these extravagant palaces in the cities people were living in. And you’d go into the villages and they were living in poverty basically but they had a smile on their faces and wanted to play football. If they became good players, the hierarchy would give them money and cars. There were no women around then – it was pals together.

“You were very restricted in what you could do. You’d feel everybody was watching you whatever you did. 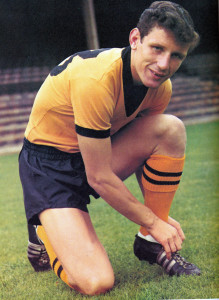 Woodfield during his long Wolves career.

“They thought money could buy success. What you wanted there was a ten-year plan to say: ‘Right, this is what we are going to develop.’ But they had money, so they thought success was going to come rightaway.

“When we were there, they took players in who weren’t nationals. You couldn’t train in the daytime, so you’d be training at night and during the month of Ramadan, you would train at midnight and they would be eating big meals and the fitness levels would come right down.

“The money wasn’t that great compared to now, either. They didn’t pay us a fortune.”

How Saudi Arabia is plotting a multi-million-dollar football revolution