A Love That Knows No Boundaries

Fan’s Heartfelt Chronicle On The Highs And Lows 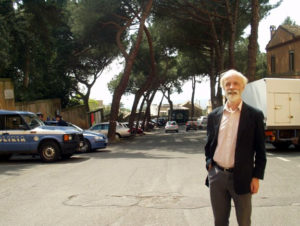 Lawrence Kilkenny as he appears on the Justgiving page he set up to help Parkinson’s.

The title says it all….. ‘I Love To Go A Wandering’ is a meander through the Molineux decades; a gentle look back at an adult life (and more) spent in love with Wolves.

Controversial it is not. Even rival clubs are written about with respect and in nothing more sinister than a friendly, bantering sort of way.

The name Lawrence Kilkenny is better known in distance running circles than football ones, although his long service in the Steve Bull Stand led to him being treated by the club to the free use of an executive box for the day when the onset of Parkinson’s Disease forced him to call time on his match-day visits at the end of 2016-17.

For more than 60 years, his life partly revolved round trips to what has become known as the Golden Palace – somewhat surprising given that he had a childhood spent in Oxfordshire and Berkshire.

At 69, he is lucky to have known the 1950s Wolves and has remained a sufficiently committed fan as to be an enthusiastic member of Molineux Mix. There was a lot to go at when he sat down to pen his memoir…..

His 258-page paperback also reveals a love of pets, homes in on the dilemma of whether to devote time to running events or Wolves games and talks of the difficulties and embarrassments of the illness he is facing up to with engaging openness.

This is essentially a publication for Wolves supporters, though, so what better way to whet the appetite than to relay from his introduction pages the essence of his text?

“It is about my almost lifelong affair with a football team,” he writes. “It is typical perhaps of the story of any fan’s affection for his or her club but this isn’t about just any team – it’s about Wolverhampton Wanderers, the Wolves, my team, resident in the beautiful stadium with the evocative name of Molineux. 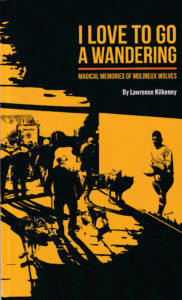 Another Wolves title on sale….

“In its prime, this stadium contained the biggest Kop in the land, accommodating 30,000 fans, the greatest team in the world situated proudly in a good, honest working-class town in the Black Country. There is only one football team associated with the name of Wolves, and it is my team and my love.”

I Love To Go A Wandering is available only through Amazon, although we are happy to receive any enquiries our readers may have if they are struggling to find and purchase it.