To Hull And Back

Life On The Road Suiting Midfielder Down To Ground 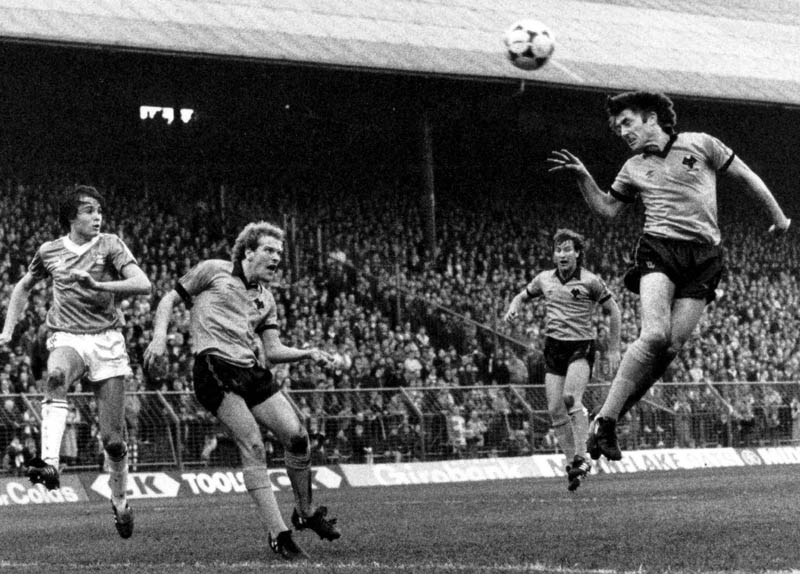 Mick Matthews looks on from in between goalscorers Andy Gray and John Richards during Wolves’ win over Birmingham at St Andrew’s in November, 1981.

He has international experience working with Marcus Rashford, Tammy Abraham and Ainsley Maitland-Niles, recently attended a seminar given by Keith Downing and regularly visits a son and former Wolves colleagues in Australia.

We could have narrowed things down much further and said he returned to Molineux this summer for the first time in many years but that might have ‘outed’ Mick Matthews too quickly!

Chipper, chatty and cheerful, the one-time midfielder was back on the radar when lining up with some long-time pals at the Kenny Hibbitt book launch in mid-July.

We caught up with him again this afternoon as he made his way home to Humberside from a trip to Sheffield United as part of his work for the FA.

“I have been with them for six years as a full-time youth coach developer in the academy system,” he said. “Around 70 per cent of my work time is based at the clubs, sometimes helping the coaches through their qualifications and always making sure we operate within a club’s philosophy.

“I will be at age-group games involving two of my other clubs on Saturday and Sunday, Newcastle and Middlesbrough, and also obviously spend time at St Georges and doing my admin.

“But I’m loving it. I chose to come away from the sports therapy work that I had done since the mid-1990s, although I had often kept my hand in with coaching after that.

“The coach education work had made it a dual role and when this post came up with the FA, I decided to go for it full-time and to try to make a difference.”

Matthews, who made 83 first-team appearances for Wolves from 1980 to 1983, still lives in Hull, the city of his birth and the one in which he based himself while working on the medical side in football, rugby league, ice hockey and other sports.

But he has become more used to spreading his wings in recent years, with Barnsley, Doncaster, Grimsby and Scunthorpe previously among his clubs.

And he had a memorable introduction to international football when he worked as assistant coach to the England under-18 team for double-headers against Poland and Switzerland – a quartet of fixtures that brought the country a 100 per cent win record.

“It was a wonderful time because I was working with the group who graduated to under-20 level together and won their World Cup,” the 57-year-old added.

“They were great to work with and also included Dominic Solanke – it was a real privilege. They gave me a good benchmark for when I was visiting clubs from then on.

“I obviously see Keith Downing, although he is an national team coach, and have to say the seminar I saw him give recently was excellent.” 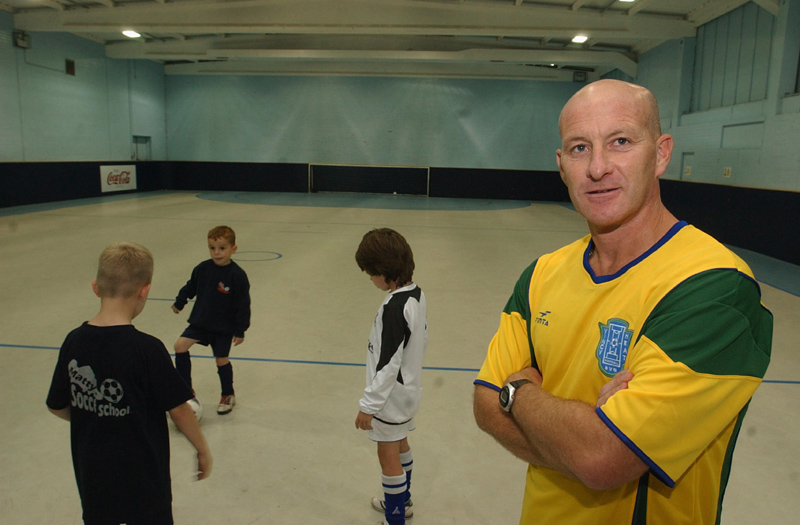 Matthews at work on Humberside in more recent times.

What is less well known is that Matthews has a son, Tom, who was a first-year professional at Hull City before going semi-pro with Boston and North Ferriby when he didn’t make the grade.

He now lives and works as an electrician in Melbourne, which gives Dad the opportunity to also keep a close check on Molineux pals from his past.

Top of that list is Mick Hollifield, who has been resident Down Under now for some three decades and who accompanied our interviewee to a Wolves v Hull game around eight years ago, although Brian Garvey and Gary Cutler are two others that he stays in close contact with.