Familiar Fixtures Had New Boy In The Headlines

It’s not only in the Premier League era – most recently at the Olympic Stadium on Saturday – that Wolves have found a touch of claret to be the perfect tonic.

Remember the successive March results at Burnley, Aston Villa and West Ham that did so much to guarantee Mick McCarthy’s men survived in the top flight with plenty to spare in 2009-10?

And Alun Evans will recall better than most the happy times against two of those same opponents during his fledgling days in first-team football.

The youngster made his senior Wolves debut in a 2-1 win at Upton Park in September, 1967, and followed up with a dramatic last-minute winner when facing Burnley in his first home appearance a week later.

He wasn’t done there either because he hit a last-gasp equaliser in the 2-2 draw at Sheffield Wednesday seven days after that – a sun-lit clash to which Peter Knowles also contributed a goal in front of the Match of the Day cameras.

Wolverhampton’s Sporting Star didn’t miss out on the chance to ‘milk’ the two events, using the headlines ‘Good Evans’ and ‘Good Evans Again’ to mark the teenager’s eye-catching achievements.

The Kidderminster-born forward didn’t figure in the return clashes against West Ham and Burnley that yielded a solitary point in mid-winter but, nine seasons ago, the late-season visits to the same sides brought a rich harvest in the form of precious victories, with a useful draw at Villa in between.

Harking back again in time, September emerged as a momentous month in Evans’s brief Molineux career. 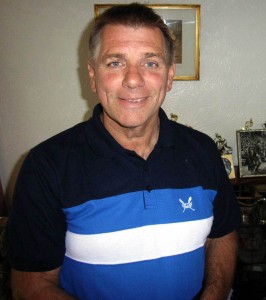 As photographed by Wolves Heroes in the last decade…..

It was 50 years ago this month that a £110,000 transfer from Wolves to Liverpool made him British football’s most expensive teenage signing and in which he then quickly returned with the Merseysiders to cause huge damage to Ronnie Allen’s Wanderers reign by scoring twice in a 6-0 away win.

Wolves’ first game after the current international break is a televised home meeting with Burnley a week on Sunday and, as chance would have it, the Clarets and West Ham were also the last two opponents in the Allen era.

The Hammers were beaten 2-0 in the West Midlands and a point was gleaned in a 1-1 draw at Turf Moor the following November Saturday but the Molineux board had Bill McGarry clearly in their sights and were soon to bring him in.