The Joy Of Wolves 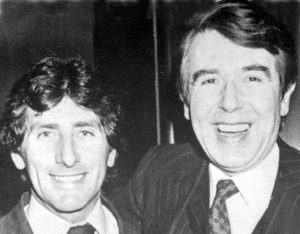 Norman Bodell with Leslie Crowther during his coaching career in the West Midlands.

We waited ages to catch up with and do proper justice to Norman Bodell but we can promise that the intention to feature him was there long ago.

As far back as the day of Dave Wagstaffe’s funeral early in 2013-14, in fact, when he rang us and asked for his condolences to be passed on, we were on his trail.

More than once, he offered to make himself available for interview by us on days he returned on scouting missions to Wolves, the club where he says he spent ‘four wonderful years’ as reserve coach at the start of the 1970s.

At other times, we had tried to schedule a meeting with him near his home in the Solihull area and we finally got there. The wait was well worth it.

Appropriately enough, we had 90 minutes in his company; more than sufficient to see the fire that burns within and to fully grasp his gratitude at not having to work a single day in anything other than football.

Bodell’s enduring working life has also taken in substantial spells at Birmingham and with Bobby Gould at Albion but it’s obviously the one at Molineux we are preoccupied with here.

At least twice, he held his head in his hands in animated determination to recall a name or a certain chain of events. If correctly prompted, he was prone to smacking his hand down on the table at which we sat. He seemed to be loving the reminiscences.

“I didn’t know Bill McGarry at all before I was appointed by Wolves,” Bodell says in an accent that, despite his decades in these parts, is still very true to his Lancashire roots.

“I was living in Barrow, where I had just had the sack after a year as manager. It was 1970 and I was on a coaching course at Lilleshall, where I became a staff coach. 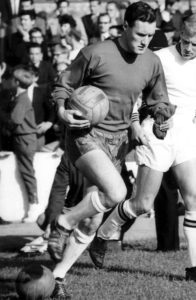 “I got talking there to Dave Maclaren, who happened to tell me that he was emigrating to Australia, so there would be an opening for a reserve coach at Wolves. All I did was ring Bill and he told me to get down for a chat a couple of days later.

“After ten minutes in his office at Molineux, he gave me the job. He just offered it me there and then. It was the close season, perhaps a week or two before the players reported back and I was to start the following Monday.

“Having spent my whole career up to then in the Third and Fourth Divisions – as a defender with Rochdale, Halifax and Crewe and as manager of Barrow – it was a wonderful experience.

“Considering where I had been, Wolves felt like Real Madrid to me, with the quality of players, the organisation and the training ground. We bought a bungalow in Penn near where Kenny Hibbitt and the youth coach, Gordon Ecclestone, were. I loved it.”

Barrow hosted Wolves in a 1959 FA Cup tie we have written about on this site before and their Holker Street home was only a few years away from ceasing to stage League football when Bodell was appointed there in succession to Colin Appleton.

The omens were not good and it wasn’t only the geography of the place that caused problems.

“They used to say Barrow was the end of the world,” he added. “It is 67 miles north west of Preston – across Morecambe Bay and near a place called Ulverston, where there is a Laurel and Hardy museum as that’s where Stan Laurel was from.

“I used to concentrate on trying to sign reserve players from Blackpool, Preston and Manchester because you might get them to commute from those areas. We also had a bit of a link with Newcastle, as Joe Harvey had managed Barrow, and for some reason a similar one with St Mirren, so it was sacrilege when I went up to Scotland once and said I didn’t fancy the player I was watching.

“We used to set off for away games weighed down with pillows and blankets. We would stay in a small hotel on the Friday but then drive straight back and often wouldn’t reach Carnforth until 4am or 5am on the Sunday.

“It was a good experience and taught me a lot about management…..especially the trips to Brighton, Bournemouth and Gillingham. But I was as sick as a dog on the coach once……the intensity of the work, all the travelling etcetera.

“Colin Appleton still had a playing contract when I arrived there and he was wonderful; way ahead of anyone else in our side because he could see a pass and play it.

“In goal, we had Fred Else, who later became my assistant. With these two, we had a chance. Shipbuilding was the big industry up there and it was money from that which got players like them to Barrow. The deal was that the shipyard had a representative on the board, so the boss of that huge place was among the 12 directors round the table when I went for my interview.

“They couldn’t afford to oppose him because he was so important to the town and my brief when I took over in the January was to keep the club in the Third Division, which I did.

“We also had the ex-Manchester City inside-forward Billy McAdams and those three players were key to everything we did. Unfortunately, Colin went to Scarborough at the end of the season, Fred retired as a player and Billy did a moonlight flit when his contract was up.

“You can guess the rest of the story, although I didn’t foresee it at the time. There was no money to sign adequate replacements. My budget was £1,000. We struggled and I was sacked in January, 1970.”

The man Wolves took on had a rounded background. He did his preliminary coaching badge in 1958 on a course taken by Jimmy Adamson and also containing Ally MacLeod, Ronnie Clayton and Bryan Douglas – and the full qualification followed at Lilleshall in the mid-1960s. 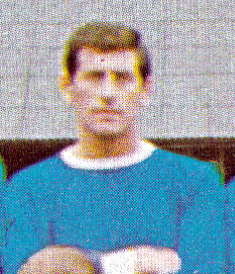 As a Crewe player, he spent afternoons and evenings in a tracksuit and coached in schools and at youth clubs all over the north of England. Such was his determination to one day pursue a career on the other side of the touchline.

McGarry’s severe ways were probably known to him by reputation before they met – and they became apparent to the Molineux squad from the first day. Stories abound of how the manager slammed the dressing-room door behind him on the way in and made it clear he was seeking the players’ respect, not their affections. The approach struck a chord with Bodell.

“I had been a pti in the Army and it’s strange that I spent a lot of my coaching career with two real disciplinarians in Bill and Ron Saunders. I liked that side of it.

“If he said the coach was leaving at 10 o’clock, that’s when it left. Sid the driver would be there revving the engine and anyone not aboard at the stated time would not be training, travelling that day or whatever.

“Sammy was well used to having only half a shandy after games because he had to be out promptly and among the players but I remember directors being left behind when they didn’t make it on to the coach on time. I loved the discipline there.

“Also, to see Jack Dowen putting different kit out for the players if they were training in the afternoon made me think how lucky I was. At my previous clubs, it was a case of first come first served with the kit, even in the mornings. Sometimes, the only way to ensure you had clean gear was to take it home and wash it yourself.

“I only recall having one altercation at Wolves. That was with Hugh Curran, although it was next to nothing. I told Bill there had been a spot of trouble and he said: ‘Well, you know who I will support’. It was wonderful to have his backing. He was in sole control but I liked his regime and his way of working.”

Bodell’s Molineux task was made easier by the calibre of Central League players at his disposal. Sunderland, Richards, Daley, Hibbitt, Palmer (who he remembers turning up on a moped for training), Powell, Eastoe……the names trip off the tongue. It was a talented crop.

Such fun would be had in small-sided games that Dowen often had to be told to leave the keys to the gym above the giant Social Club, so others could lock up after he had gone at 5pm.

For many years, the flow of home-grown players into the first team was constant. And the rewards were reaped at senior level, too.

“It was a four-year joy,” he added. “I remember I stopped training on my second day and said to this lad: ‘You weren’t here yesterday, were you?’

“It wasn’t that he was brilliant but he just had this presence about him on the pitch…..it was John McAlle, who had been off for some reason the day before.”

Among the highlights of the coach’s four-year stay in the West Midlands was a trip to Malawi with a young squad containing John Richards and Bertie Lutton.

The upward graduation of so many talented lads obviously increased the job satisfaction and there was also the pride at seeing several of his charges reach and win the 1974 League Cup final against Manchester City.

It took one of the giants of the English game to prise Bodell away from Molineux around the time of that game – timing that was somewhat ironic as Bodell’s playing career of more than 250 games had included both legs of the competition’s first final, the 1962 meetings between Norwich and the Rochdale side of which he was a regular member.

“People had recommended me to become no 2 to Bobby Charlton at Preston and Bill was okay about it when I told him,” he added. “He said: ‘Come to Wembley and then go.’

“I remember saying to my wife that I didn’t know whether I was doing the right thing by leaving Wolves but I loved Bobby and making the move was the right thing because being a no 2 furthered my career.

“I’m not sure he really wanted to be a manager and he wasn’t there long because he decided it wasn’t for him. But I had some useful contacts in the game.

“I had played with Jim Smith and we were friends. He came on one of my Lilleshall courses as a Halifax team-mate and I passed him. 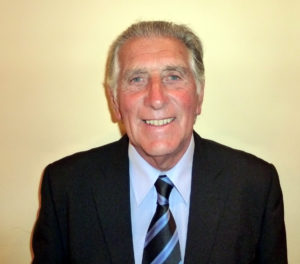 Norman in much more recent years.

“He got the Blackburn job, which was just next door to me at Preston, and asked me to be his no 2. My seven or eight years with him took in Birmingham as well and were tops; magnificent! If you couldn’t get on with him, though, there was something wrong.

“I stayed at Blues to work for Ron Saunders and actually had to deliver his resignation because I knew where Jack Wiseman lived. I tried to talk him out of it but I didn’t know at the time that Albion were interested in taking him.”

We could have talked for much longer to Norman Bodell, who also went to the pre-Football League Wigan to work with Gordon Milne and even trod the ‘runway’ as a male model. This Oldham-born Manchester grammar school lad has had an interesting life, all 80 years of it – and has the memories of a long, varied career to sustain him into older age.