A Surprise Slice Of Danish…….

A Spreading Of The Wings – To Scandinavia 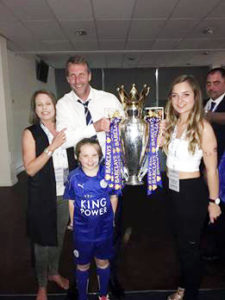 Mike Stowell has further boosted his outstanding coaching CV by branching out into international football.

The former Wolves favourite, who ended up as one of the most satisfied individuals in the 21,600 turn-out at Tuesday’s Carabao Cup clash with Leicester at Molineux, has retraced some of his playing steps by linking up with Denmark.

He visited the country with Graham Taylor’s Wolves in 1994 and was back there earlier this month working with Kasper Schmeichel before the game against Wales after the Danes’ regular goalkeeper coach Lars Hogh was diagnosed with cancer.

Denmark manager Age Hareide has given the long-serving Leicester backroom man his seal of approval, too, and the link will be cemented with the two games in the next international break.

“Obviously, knowing Kasper so well at Leicester is one of the reasons I have become involved,” Stowell said.

“There is very little to do back here with our keepers during an international break as they all tend to be away with their countries. There is some benefit to me being with Kasper when he reports over there and it’s a good new experience for me.

“Denmark face Austria at home and the Republic of Ireland away next month in the next international break and I am due to be involved for those games as things stand.”

The involvement does increase the 53-year-old’s travelling in a season in which Leicester have already beaten his old club twice.

From Tuesday night’s game at Molineux, where his reaction to Danny Ward’s match-winning three saves in the penalty shoot-out was respectfully understated, Stowell drove back to his home in Bristol rather than go back to the East Midlands with the squad. 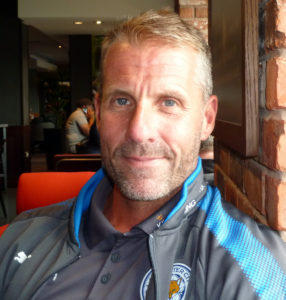 Mike Stowell – as photographed by us last season.

But he will be on the road with them again tomorrow when they set off on the long haul for their weekend Premier League assignment at Newcastle.

And another Molineux visit is on the distant horizon with the League return of the two Midlands rivals in mid-January, by which time Stowell fully expects his former club to have further prospered on their top flight return.

He also has an eye on matters in the Championship in his adopted locality as his youngest daughter has recently joined Bristol City’s academy – as a goalkeeper!