Clubbing Together For The Best Of Causes

A Hole Lot Of Fun 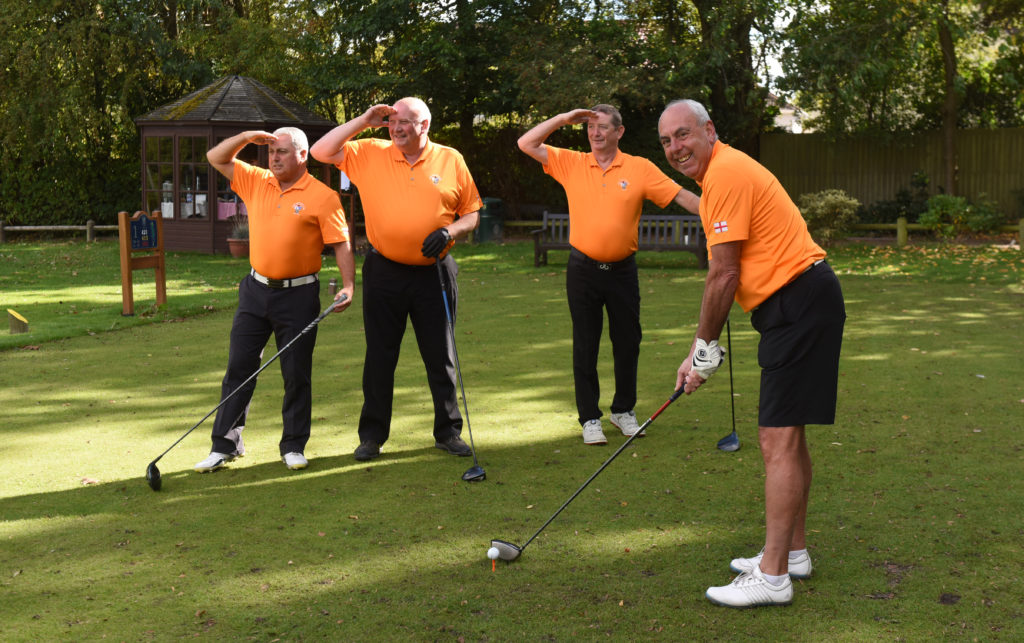 Ok, it wasn’t quite the weekend’s biggest event in the sport…..but the Wolves’ former players golf day continues to go from strength to strength.

Blessed with magnificent weather and a bumper turn-out of Molineux favourites, the Friday afternoon event delivered richly on its more important mission of raising money for deserving causes.

Oxley Park had been off the schedule for this gathering for several years but it is a venue closely entwined with Wolves’ history.

Club personnel have graced its fairways for decades – although John Richards reminded us that Bill McGarry once banned his squad from going there – and Ron Flowers and his young family used to have a house that backed on to the ninth fairway.

Much more recently, Geoff Palmer has been captain there and he was among many friends when teeing off in the most appropriately dressed of the 25 competing teams.

Alongside the ever-impressive Hibbitt, who accompanied Daley to a footballer-orientated tournament in Barnham Broom in Norfolk a few days after his They Wore The Shirt tribute dinner at Molineux earlier this month, were Wolves managing director Laurie Dalrymple and Wolves-supporting local pro Jeremy Nicholls.

There was also an Albion connection, with Paul Raven and Joe Mayo in a quartet also comprising two other former footballers in Richard Jobson and Simon Barker.

McAlle and Richards were also in the same team as each other, as were Brazier and Eves, and, amid much mickey-taking, Parkes and Wharton. These days are great fun to be at! 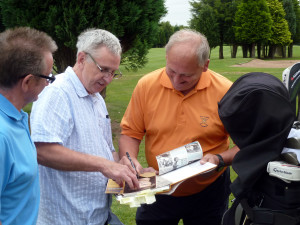 Jim McCalliog wasn’t present but still joined in with the banter. He was a welcome visitor for yesterday’s Molineux meeting of two of his former clubs and had an instant reply for those who wished he had been at Oxley 24 hours earlier. “I’m too young to play golf,” he quipped.

Many of the players who took part had also featured in the annual competition at Wrottesley two weeks ago and will have been thrilled at what their efforts have helped generate this weekend.

The Daley family have announced that around £8,000 was raised from the day, to be divided between the four chosen charities – Smile For Joel, Birmingham Children’s Hospital, CLIC Sargent and the Maureen Parkes Breast Care Fund.