Oh What A Night!

Another Triumph, Another Bumper Donation 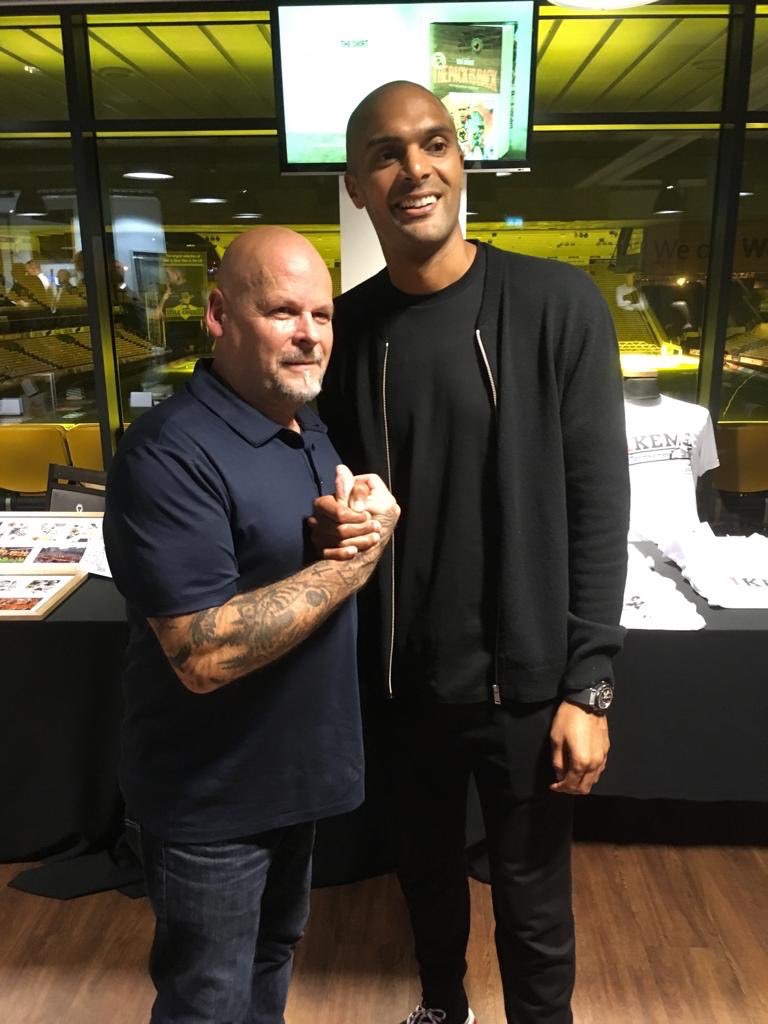 Great to see you here, mate…….Steve Plant welcomes Carl Ikeme back to Molineux.

More than ever, Wolves favourites have had the opportunity to mingle with each other off the field in 2018; at dinners, at golf days and increasingly, as we discovered on Friday night, at book launches.

Seven former players, this time with Carl Ikeme and Paul Butler among them, were present in Molineux’s WV1 corporate area for a reminder of the quite magnificent charity work going on around the club at present.

Also in attendance were Kenny Hibbitt, Phil Parkes, Mel Eves, Colin Brazier and Dale Rudge – one of several public appearances each has made in recent months.

We have reported within these pages before on the utterly selfless work Steve Plant is doing for Birmingham Children’s Hospital. Well, the unveiling of his latest major publication came complete with a name check for others going over and above the call of duty.

A spectacular evening that was compered by Jason Guy – himself a hero for the work he has done for breast cancer care – kicked off with a film of Matt Murray interviewing Keith Berry MBE about the unstinting public service that last year made the latter the first winner of the Rachael Heyhoe Flint Award for outstanding community work.

In the minutes that followed, there was an address in this 60th anniversary year of the Munich air crash by Rose Cook Monk, from the Duncan Edwards Foundation, and by one of its trustees, Mel Eves.

She recalled presenting Jason with a good citizen award on behalf of the Foundation and made an award here to Steve Plant, whose shyness for taking centre stage was also tested when he received from Louise Cobbold and her husband Chris a framed black and white painting of him (Steve) flanked by Steve Bull and Wolves managing director Lawrie Dalrymple while receiving the 2018 Rachael Heyhoe Flint Award.

This was very much an evening for recognising the astounding efforts of Plant and his helpers.

Gemma Hooley expressed the deep gratitude felt by Birmingham Children’s Hospital as the beneficiaries of his 2016 They Wore The Shirt book which Jason Guy reminded us had sold out of its 1,977 copies ‘in double quick time’.

The newly-published follow-up, The Pack Is Back, has had a print run of 2,018 to commemorate the fact it celebrates Wolves’ latest Championship title conquest and has Plant’s name on the cover only as ‘presenter’ of a quality 144-page hard-back essentially written by fans.

He told us again over the mic how the inspiration for his sterling work was the unselfishness of his father in shunning expensive treatment in the latter stages of his own cancer battle a few years ago as he regarded himself as having had a good and full life.

“His attitude was that, rather than be kept alive a bit longer, he would rather any medication go on youngsters who were in hospital,” he said. “I remembered those words and thought how I might do something to help.

“Receiving this award from Rose is special because my dad, although a Wolves fan through and through, regarded Duncan Edwards as the best player he ever saw. He recalled watching him play at the age of 14 in a men’s match in Netherton and said he was the best player on the pitch.”

Friday’s proceedings also contained a heart-felt thank-you in person from Cure Leukaemia chief executive James McLaughlin for the huge money-raising work Plant has done for that charity as well, notably through the penalty marathon at Molineux last year. 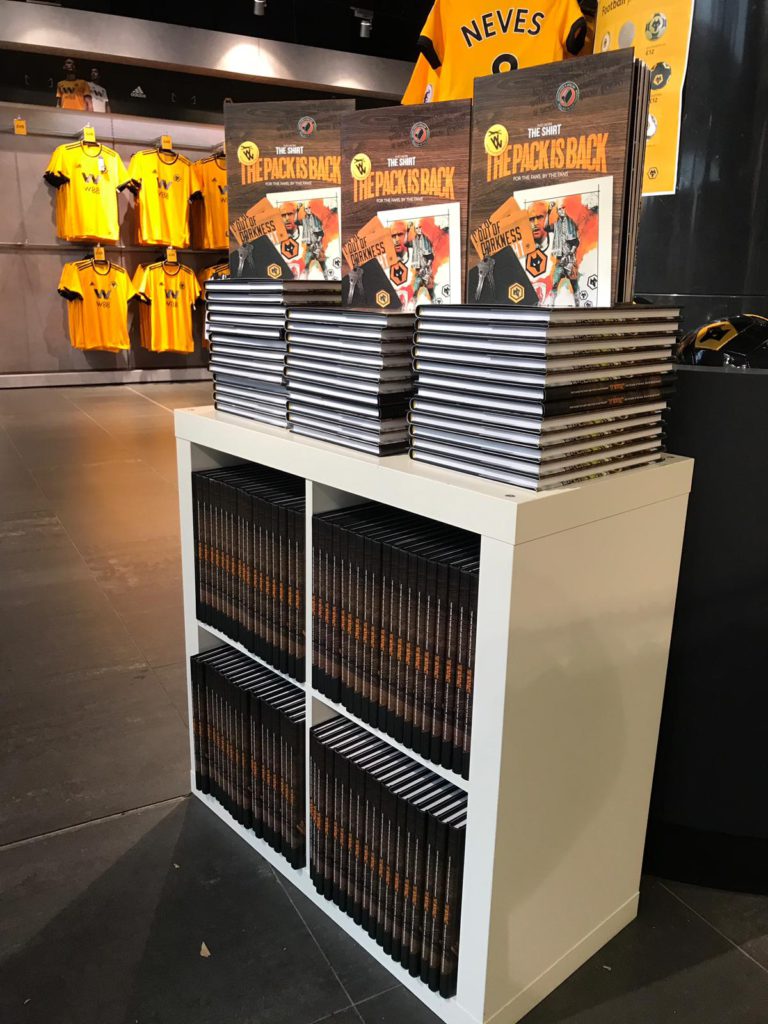 Carl Ikeme, as well as being in demand for interviews as the camera crews from BBC Midlands and Sky Sports hovered in the packed room, was called on stage to receive a framed colour painting of himself from local artist Brian Hodgetts.

And there were two more video tributes – one to the club’s former programme editor and historian John Hendley, who is warmly featured in the book, and the other to Plant from Wolves fans and good pals Neil Taylor and Suresh Bawa, who sent back film from their current Everest trek in aid of Birmingham Children’s Hospital and Wolverhampton-based Promise Dreams.

This was a launch night to rival the one heralding the publication of They Wore The Shirt and, partly through auctions and a raffle, has raised around another £6,000 for the chosen cause. We can only add our own congratulations for a job superbly done.