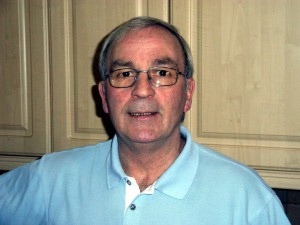 Ian Ross, as photographed by us several years ago.

Ian Ross is gearing up for another big football night out – and hoping that the early momentum he has witnessed leads all the way to a joyous last-day game against Wolves in six and a half months’ time.

The former Molineux player-coach remains a regular at his first English club, Liverpool, where we had the good fortune to meet him outside the main entrance during a false-alarm evacuation straight after a game five years ago.

He has seen all the club’s games during their fine start to the season and will be present again for the Champions League clash with Red Star Belgrade tonight.

“I will be there for the League game against Cardiff on Saturday as well and look forward to all my trips there,” Ross said.

“On my visits, I tend to see quite a lot of an inside-forward from the Shankly years called Gordon Wallace, who I remember from the start of my time at Anfield.

“Plenty of the other former players from different eras go back for games as well but they are becoming harder to spot. The stands seem to be getting bigger and bigger and some of the lads do corporate work which takes them off into various rooms.

“I prefer to concentrate just on the game rather than be busy with hospitality jobs, so I am happy as a spectator and have loved how Liverpool have started the season.

“The last Champions League game (against PSG) was terrific and the Manchester City game was tremendous as well, although it finished 0-0.

“All players tend to look to see when matches against their former clubs come round and I have noted when the Wolves game is. I’m delighted they have made a very impressive start.

“I miss Villa not being in the Premier League as well, as they really should be, and hope to be down in Birmingham for Doug Ellis’s funeral. I was skipper there quite early in his reign as chairman.” 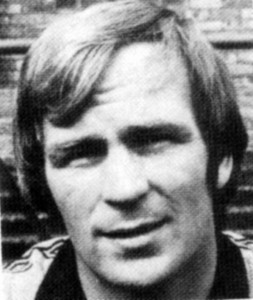 ‘Roscoe’ pictured as the Molineux player-coach during the John Barnwell era.

Ross has moved home from Skelmersdale to near Wigan since we last wrote about him and regrets the absence from Anfield of one of the former players from his stay, which stretched to about 60 first-team matches in the late 1960s and early 1970s.

“Another of the forwards I knew there was a lad called Bobby Graham, who was the best man at our wedding,” he added.

“I am still in touch with him but he has not been so well and is living back in Motherwell.”

Liverpool’s latest Premier League win was on Saturday away to Huddersfield, where Ross managed for 16 months from March, 1992.