Mayor Tom – A Star In Gold And In Office 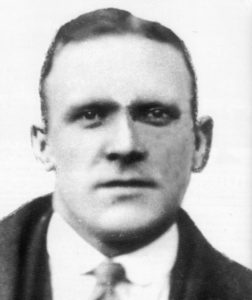 Anniversaries pop up on a weekly basis at a football club. We are frequently told it is so many years to the day since a famous win, since the debut of a player who became a legend or since the very day of an icon’s birth.

Tomorrow is a special landmark in this context. It marks exactly 120 years since the arrival in this world of a man who remains unique in Wolverhampton folklore.

He scored for Wolves at a significantly faster rate than Steve Bull, smashed their club record for goals in a season, hit a purple patch like no other and was known to net four and even five times a game.

What’s more, he had a highly impressive post-playing career as well and rose to a position of considerable civic prestige while still a relatively young man.

Tom Phillipson would have cornered the market in Wolves scoring milestones had he been signed earlier or not been playing for a manager who famously let youth have its fling.

He was 25 when bought for a princely £1,000 from Swindon in December, 1923, the early years of his career having been spent with the club closest to his roots, Newcastle.

On the back of an outstanding output in junior football that earned him three England schoolboy caps as an inside-right, he was also a big success in reserve-team football at St James’ Park but found a chance in the first team frustratingly elusive.

Swindon extracted plenty from him, though, and he delivered around 25 goals in well short of 100 appearances for them before earning the move north to a side then mired in Division Three North. And here’s where the story really started.

Phillipson used his first three Wolves games as a sighter, then utilised a visit back to his roots to get off the mark with a hat-trick in a 7-1 League win at Ashington.

Another set of north-east opponents, Darlington, were on the receiving end when a brace in a home FA Cup victory a week later broke his duck at Molineux but his first season and a half were comparatively calm despite the winning of promotion back to Division Two at the first attempt.

Then he made light of the change of manager from Albert Hoskins to Fred Scotchbrook by cutting loose with 37 Wolves goals in 1925-26. No-one from the club had previously managed anywhere near 30.

This spectacular haul had some very high points; not only hat-tricks against Middlesbrough (he did like facing clubs from near his roots) and Stockport, but four goals in a 7-1 trouncing of Barnsley just before the end of the season.

There was also the matter of him scoring in ten successive games that took care of all of February and March.

But even that claim to fame was blown out of the water the following season when he struck in 13 consecutive Wolves matches to set a new Football League record – a run launched by a treble against Barnsley in early November, brought towards a close by a hat-trick against Clapham Orient and including a five-goal haul against Bradford at Molineux on Christmas Day in the middle.

The season brought him 33 goals in all – all the more remarkable as he didn’t net in the first ten games, nor the final eight. In other words, the haul effectively came in the 28 games in between.

Thereafter, our hero was eased towards the Molineux sidelines in favour of younger models after the arrival of Major Frank Buckley. His overall record when sold to Sheffield United for £2,600 in February, 1928 was 111 goals in 159 games and still leaves him in 14th place in the club’s sharp-shooters list. He had been leading scorer for three seasons in a row but didn’t play in the top flight for Wolves nor win any senior England caps.

Phillipson also starred with the Blades and then served Bilston United (as manager) and Walsall before taking his excellence into politics. 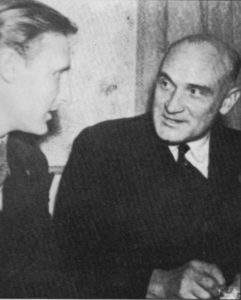 This youngest of six children had already seen another side of life, serving in Russia as a sergeant in the Yorkshire Light Infantry during the First World War.

In the years that followed his retirement from football, he was elected and later re-elected to Wolverhampton Council and graduated to the post of Lord Mayor first time round. He continued in Local Government until 1957 and also ran a tobacconist shop in the town.

Tom died, aged 67, at home in York Avenue, not far from where Wolves’ training ground now stands, on November 19, 1965, early in the club’s first season back in Division Two. His funeral was held at Darlington Street Methodist Church near the town centre.

* If any of Tom’s descendants are reading this piece, we would love to hear from them – especially if they are in the West Midlands.