Time For An International Slant

To reflect the fact that we are in the final break of the year in the English club programme, we thought we would present a few of the lesser-known facts surrounding Wolves players and international football: 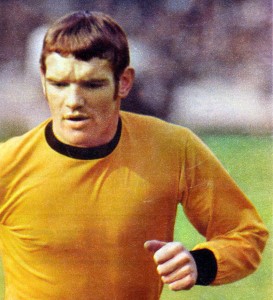 * No Wolves player won a full cap for Scotland until Hugh Curran faced Austria in Vienna on his debut on Bonfire Night in 1969. But, once the ice had been broken, others soon followed, such as Jim McCalliog, Frank Munro and Andy Gray.

* There was at least one representative from Molineux in every single England team for an astonishing 25 years, give or take a few months, from October 26, 1938, until April 6, 1963.

* On the other side of the coin, only one Wolves player played for England in between John Richards in 1973 and Steve Bull in 1989 – Emlyn Hughes.

* Hancocks was a post-war Dennis Bergkamp. He could not bring himself to set foot on planes, so saw his England career restricted to a mere three caps.

* The tag as the most distant Wolves international of all time has to go to Ricky Herbert, who faced Australia in 1985-86 when winning the one New Zealand cap of his time at Molineux.

* Just over half (14 of 26) of the Northern Ireland caps Derek Dougan accumulated while playing for Wolves were won against the other home nations, including the Republic of Ireland. His total tally was 43.

* Do Conor Coady, or even Morgan Gibbs White for that matter, have it in them to go on and become Wolves’ first England international since Matt Jarvis faced Ghana at Wembley as a substitute for Jack Wilshere in 2011? 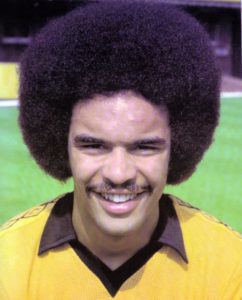 * What chance would there have been that George Berry, who celebrates his 61st birthday on Monday, would win two of his Welsh caps against West Germany, the country in which he was born? He was capped four times while at Molineux and a further once after joining Stoke.