Pictures Of Happiness That Would Make Bert So Proud

Closing In On The Final Target 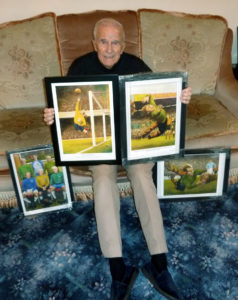 Four quality keepsakes from Bert Williams’ star-studded career have been put up for sale – and Wolves supporters will be backing the cause closest to his heart if they splash out.

For many years after the death of his wife Evelyn from dementia in 2002, Wolves’ most famous ever goalkeeper devoted himself to raising money for the Alzheimer’s Society – a campaign that has continued at a pace since he himself passed away at the age of 93.

His efforts have helped raise an astonishing £194,000 and the close friend who was at his side along so much of the way is determined to push the figure past £200,000 before taking things easier.

“At the various fund-raisers we held, we used to take signed, framed pictures around with us to sell,” said lifelong Wolves fan Glyne Wetton.

“Some of the frames got a bit damaged in the process and I decided we couldn’t sell the rest of them in that condition but ‘Dave the Frame’ from Chapel Ash came to our rescue and they are as good as new now.

“I’ve decided the four we have left can go for £50 each – anyone who is interested can contact me for more details.”

The high-quality souvenirs capture three images of Bert in characteristic action – in Wolves games at Birmingham and Manchester City and while playing for England at Highbury.

Gordon Banks remains a committed Williams fan, having been taken to him as a boy from his home in Chesterfield to see him in action when Stan Cullis’s side were playing away to the Sheffield clubs.

He supported many of the Alzheimer’s events and he and four keepers with strong Wolves connections – Fred Davies, Phil Parkes, Wayne Hennessey and former Molineux coach Peter Bonetti joined Bert around a decade ago for a stadium photo session which led to the six of them being portrayed on canvas.

All of the pictures are by acclaimed artist Brian West and are limited-editions, with signatures on the back. 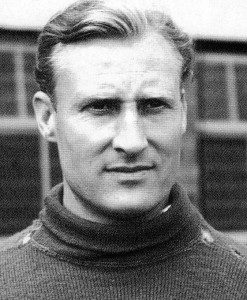 Bert’s initial target was to raise £100,000 but he increased that by £50,000 at the age of 90 after being awarded the MBE for his services to football and charitable causes.

That goal has also now been passed easily and Glyne added: “It has been wonderful fun helping in this way and we will just be happy now if we can get to £200,000 before taking a step back.”

Anyone interested in purchasing and doing their bit should email us and we will facilitate the necessary connections if stocks last.